HomeJapanWhat to Do in Kyoto For a First-Time Visitor

What to Do in Kyoto For a First-Time Visitor 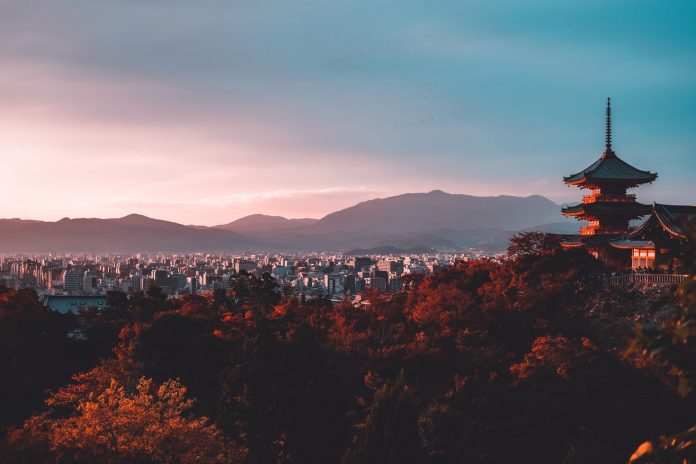 Kyoto is synonymous with traditional Japan. Having the highest concentration of cultural treasures in the entire country, this historic city is a must-see destination for travellers hoping to get a glimpse of old Japan.

A little over two hours west of Tokyo by bullet train, Kyoto is surrounded by mountains on three sides and located 40 kilometres inland from Osaka. Laid out similarly to the contemporary Tang capital of China, Kyoto was the emperor’s home and the capital of Japan for over 1000 years. As a result, it developed into the center of high culture, politics, and craftsmanship. Although the city suffered many damages due to wars and natural disasters, it was spared during World War II.

Today, Kyoto’s attractions include historic temples, shrines, gardens, many of which are UNESCO World Heritage Sites. The city is also renowned for its cuisine and crafts. New to the city and wondering what to do in Kyoto? Read on and find out more!

Kaiseki is traditional Japanese style haute cuisine served in multiple courses. Kyo-kaiseki is Kyoto’s style of kaiseki. It is particularly refined, focusing on the subtle flavors of Kyoto’s local seasonal ingredients. The entire meal takes between one to two hours and usually include eight to 12 courses, each carefully prepared by the chef.

One of the best places to enjoy kyo-kaiseki is by staying at a ryokan in Kyoto. Usually a stay at these local inns includes a kaiseki meal which is served to you in your room. Kyo-kaiseki can also be enjoyed at several specialty restaurants throughout Kyoto. Although kyo-kaiseki meals can be a bit pricey, we think this traditional culinary experience is well worth the price.

On the outskirts of western Kyoto lie the districts of Arashiyama and Sagano. A former retreat for emperors, the Saga Emperor was known to particularly enjoy his retreats here. Although it has become somewhat touristy, it is still very pleasant here. Some of the main attractions are the beautiful Togetsukyo Bridge, especially during autumn. You will also find Tenryuji Temple and the famous bamboo grove here, as well as a monkey park on the hill across the bridge. In the hills north of the bamboo forest there are also many smaller temples to explore.

Looking for a more unique way to see the area? Hop on the Sagano Scenic Railway. A 25-minute sightseeing train, it will take you through the beautiful Hozugawa river valley. The ride is often combined with a Hozugawa River cruise back to Arashiyama.

On the north side of the city stands one of the iconic buildings in Kyoto, Kinkakuji, whose top two floors are covered in gold leaf! It is one of Kyoto’s UNESCO World Heritage Sites and was originally built as a retirement villa by Ashikaga Yoshimitsu. In accordance with his will, after his death in 1408 it became a Zen temple which it remains today. Today, visitors can explore the well manicured grounds on paths that wind around the main building, and past other attractions such as a tea garden and a few other temple halls.

While on the East side of Kyoto stands Ginkakuji, which was built several decades later as a retirement villa by Yoshimitsu’s art-obsessed grandson, Ashikaga Yoshimasa. Although not covered in silver, Ginkakuji became the base for the contemporary Higashiyama culture which went on to spawn many Japanese traditions such as the tea ceremony, poetry, and garden design.

Perhaps Kiyomizu’s most eye-catching feature is the 13-metre wooden stage which projects from the front of the main temple building. During the Edo Period, tradition held that if you survived leaping from this stage to the ground, your wish would be granted. The practice is prohibited today. Near the stage you’ll also come across the iron spear of legendary strong-man and warrior-monk. Try to lift it!

At the bottom of the temple, Otowa Waterfall split into three streams. Each stream is said to have a different benefit: longevity, success at school, and fortune in love. However, drinking from all three is considered greedy!

Perhaps one the most awe-inspiring places to explore in all of Japan is the Fushimi Inari Shrine. Other than the head shrine dedicated to the rice goddess Inari, this location is also internationally famous for the thousands of vermillion gates which cover the mountain trails.

The most iconic section of trail is where the path splits shortly after the entrance. It is called Senbon Torii, which literally means ‘one thousand gates’. As visitors continue up the mountain there are various rest areas, vendors, and side paths to explore. About halfway up is the Yotsutsuji Intersection, which has several restaurants and also provides the best view of the city. Reaching the summit takes about an hour to an hour and a half, so it’s pretty manageable for most people!