HomeChina9 Things to Know Before Your Trans-Mongolian Railway Journey

9 Things to Know Before Your Trans-Mongolian Railway Journey 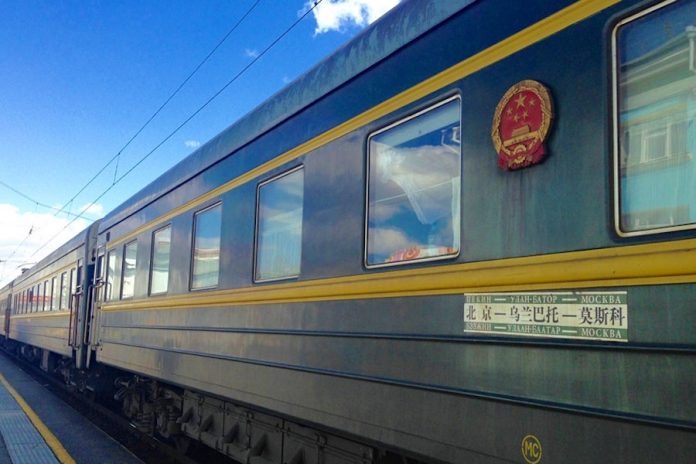 Here are some other things to know before you embark on your train journey!

1. The Trans-Mongolian is (arguably) the most interesting route

Don’t drag me for it, but I think the Trans-Mongolian railway is easily the most interesting of the three routes. That’s not to say that the Trans-Siberian and Trans-Manchurian are any less scenic. It’s just that with the Trans-Mongolian you get to see the Gobi Desert, and an opportunity to stop off in Mongolia along the way!

The weekly Trans-Mongolian train leaves Moscow for Beijing every Tuesday night. The 7,621 km journey takes 6 nights (that is, if you’re not getting off at all). This train crosses Siberia, cuts across Mongolia and the Gobi Desert, and then enters China. In the opposite direction, it leaves Beijing every Wednesday morning.

The trains are Chinese trains. It features 2-berth deluxe soft sleepers, 4-berth soft sleepers and 4-berth hard sleepers. Most Western travellers are content with the fairly comfortable and more economical 4-berth hard sleepers. They are essentially the equivalent of the 4-berth kupé on Russian trains. Most would argue that 4-berth soft sleepers are just slightly larger than the hard sleeper and virtually the same, thus not worth the extra money. However, if you have the extra budget, the 2-berth deluxe soft sleepers are definitely worth it. It features both upper and lower berths, an armchair in a corner, a small table and access to a washroom with shower that’s shared with the adjacent compartment.

All trains on the Trans-Mongolian railway have a restaurant car. A Russian one whilst the train is in Russia, a Mongolian one in Mongolia and a Chinese one in China. You can also buy food from the small vendors on station platforms when the train stops. But don’t go away for too long, as the train only stops for a few minutes. All trains also provide unlimited boiling water from a tap at the end of each carriage, so remember to stock up on some instant coffee, cereal tea and cup noodles!

5. The best season to travel

Is there a “best” season for travelling on the Trans-Mongolian railway? The summer brings sunlight and warmth, but it also means mosquitos and more travellers. Winter offers a unique scenery and fewer people, but there is shorter daylight and temperatures can plunge to well below freezing. You’ll get to pack a lighter luggage in summer and do more activities like hiking, but winter means beautiful scenes like Lake Baikal completely frozen over. So which season is better for travelling on the Trans-Mongolian railway? You decide!

We mentioned this briefly in our article about the Trans-Siberian railway, but likewise, the Trans-Mongolian railway is not a hop-on, hop-off journey. Making stops require deliberate planning. Train tickets have to be booked in advance (especially during the summer) and if you want to have some degree of control over your choice of train classes. A very important thing to note is also to have your visas in order! Make sure to check each country’s visa policy in advance, including transit visas.

7. There is a dress code

But not in the way you think! Comfortable clothes are a must. Once you get on the train, you’ll notice your fellow travellers immediately change into their “train attire” and put on slippers. Apart from the fact that it’s comfortable for the long ride ahead, us folks from this side of the world believe that the outside ground is “dirty”. The last thing we want is to “contaminate” our sleeping space with our “outside clothes”!

Travelling on the train does come with its own set of etiquettes. For example, the lower bunks are usually converted to seats in the daytime. Never sit on someone’s bed with your “outside clothes”! If you’re having some food, politely offer some, and try not to say no if someone offers theirs. Remember you’re sharing a space, so try to keep your things neat and tidy!

9. Border crossings are the hardest part of the ride

Crossing from Russia to Mongolia can take over seven hours, involving long stops in isolated border villages and multiple inspections by border officials. Toilets are closed during the border crossings, which means you could go an entire day without some outside air, food, or a bathroom. Crossing from Mongolia to China is slightly less painful, but it also takes many hours. Mongolian and Chinese railroads have different track gauges, and all the wheels on the train must be changed.