HomeJapan7 Best Things to Do in Sapporo

7 Best Things to Do in Sapporo 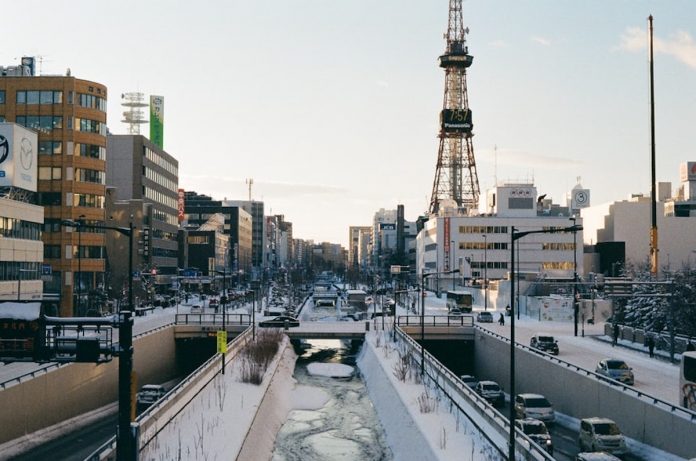 The capital of Hokkaido and Japan’s fifth largest city, Sapporo is also one of Japan’s youngest cities. In 1857, the city’s population stood at just seven people! It gained worldwide recognition when it held the 1972 Olympic Winter Games. Today, the city is famous for its ramen, beer, as well as the annual snow festival in February! As a destination home to many points of interest and attractions, Sapporo is also a great base for exploring the surrounding countryside and mountains. Without further ado, here are the best things to do in Sapporo!

Sapporo Snow Festival is one of Japan’s most famous winter events. Its history dates back to 1950, when some high school students built snow statues in Odori Park. It’s come a long way since then, having become a large, commercialized event with elaborate snow and ice sculptures every February. Unfortunately, due to Omicron, this year’s event will only be held with small to medium-sized snow sculptures and illuminations. There will also be no food vendors and no events held at the Susukino and Tsu Dome venues.

Can’t make it for the snow festival? Odori Park is still a must-see. A green oasis in Sapporo’s downtown core, it cuts through the city and stands in stark contrast to the surrounding high rise buildings. The park spans for over 15 blocks and makes for an excellent place to enjoy an afternoon stroll. It also connects many attractions and things to do in Sapporo, such as the Sapporo TV Tower, museums and galleries, as well as shopping and entertainment districts.

Hokkaido Shrine is one of the country’s most important and popular Shinto sites. Located adjacent to Maruyama Park, the shrine gained even more popularity after it was dedicated to the revered Emperor Meiji in 1964. A number of early explorers of Hokkaido such as Mamiya Rinzo are also enshrined here. The shrine is massive with a huge temple building and garden that blooms with cherry blossoms every spring!

Standing at 531m over Sapporo, Mount Moiwa is the most popular of the many hills surrounding the city, all thanks to how easily accessible it is. While a popular destination for hikers, the most popular (and convenient) option is to take the ropeway. It takes visitors from the base of the mountain up to a transfer station on the mountain. From here a rather unique mini cable car takes visitors the rest of the way to the upper station at the summit. Enjoy the view over the city at the observation deck. There is also a restaurant, planetarium and theatre.

Less than an hour’s drive from Sapporo is the beautiful Jozankei Onsen. Tucked away in a scenic valley surrounded by mountains, the hot springs here have attracted many visitors from Sapporo and beyond. Apart from its onsen, Jozankei is also popular for its fall colours and scenery, when the trees along the valley turn to beautiful shades of yellows, orange and reds. Other noteworthy things to do here include the area’s many scenic walking trails which take you to beautiful spots such as the Shiraito-no-taki Waterfall and Nishikibashi Bridge.

A ski resort on the outskirts of Sapporo, Sapporo Kokusai may not be the largest with just five lifts and seven courses. But what it lacks in size, it makes up for in snow! The resort receives massive amounts of snowfall comparable to Niseko. It accommodates beginners and intermediates well, but experienced riders seeking steep slopes may have more fun elsewhere. It is also pretty close to Jozankei Onsen, and its convenient location makes it popular with those who don’t have much time in Sapporo, or those seeking an alternative to the ultra popular resorts in Niseko.

Hokkaido is the birthplace of beer in Japan. Brewing since 1877, Sapporo Beer is one of the oldest and most popular beer brands in the country. The Sapporo Beer Museum covers all about the history of beer in Japan as well as the process of beer making. After browsing through the exhibitions, beer tastings are available at a small fee.

For a panoramic view of Sapporo, the 147-meter tall Sapporo TV Tower offers superb views from its observation deck and restaurant. Closer to ground, there is an interesting exhibit about the TV tower’s history, along with access to a large underground shopping district. At night, you can see it light up, and it makes for an extremely romantic view especially in the winter.