HomeAustralia7 Things to Do in Queensland

7 Things to Do in Queensland 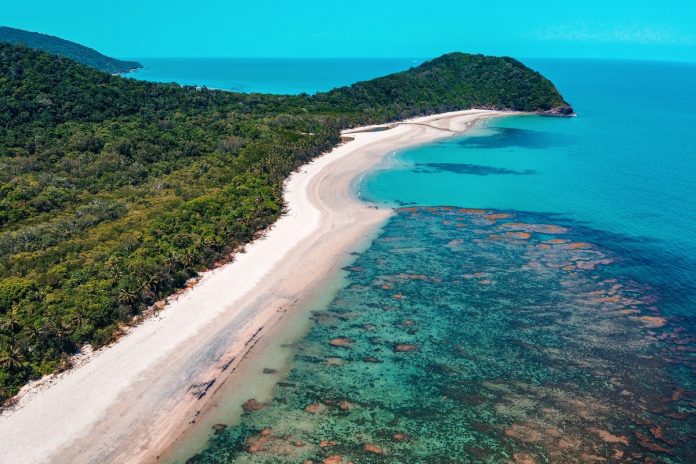 As the second largest state in Australia, some of the best things to do in the land down under is right here in Queensland. Explore the underwater world of the Great Barrier Reef, visit the oldest rainforest in the world, and go whale-watching in Hervey Bay. For a change of pace, check out Brisbane for its big city attractions and small town feel. The sunshine state has a slice of paradise for every kind of traveller, so read on for the best things to do in Queensland!

Consisting of over 3,000 coral reefs, 600 islands, 300 coral cays and home to thousands of marine species, the Great Barrier Reef is the world’s largest living structure, visible even from space. You could sail, surf, swim and scuba here for months and still not see all that it has to offer. We think that the best way to experience the reef is to go on multi-day dive tours, but no matter how you choose to experience the reef, it is a must-do outdoor adventure for every visitor to Queensland.

UNESCO Site K’Gari (Fraser Island) is the largest sand island in the world. It is also one of Queensland’s most popular islands, accessible via ferry from Hervey Bay or Rainbow Beach. Whether you camp or stay in a luxury eco resort, you’ll enjoy the ancient rainforests, windswept beaches, freshwater lakes and sacred Aboriginal sites. Make sure to dip a toe in Lake McKenzie. The white silica sand and crystalline water of this freshwater lake is truly otherworldly!

At 180 million years old, Daintree National Park is the world’s oldest rainforest. It has experienced the dinosaurs, and has never seen an ice age because of the tropical climate here. Just as exceptional as the forest are the experiences you’ll find within it, from wildlife spotting to jungle surfing. Indulge in the healing properties of a Indigenious spa experience, float down the river under the canopy and learn age-old knowledge from the Kuku Yalanji people.

4. Hop on the Kuranda Scenic Railway

Sometimes the journey is just as important as the destination itself, and that is especially true on the Kuranda Scenic Railway. It makes its way from Cairns, chugging through the rainforest, past spectacular waterfalls, rugged peaks and into the stunning Barron Gorge. The journey ends in the mountain village of Kuranda, where you can discover the famous Kuranda Markets and go on the Kuranda Riverboat tour.

5. Explore the city of Brisbane

For a change to city attractions and things to do in Queensland, Brisbane offers cafes, lush gardens, shops and restaurants. Spend the afternoon at the Queensland Art Gallery (QAGOMA). Located in the city’s cultural center, check out some of the country’s most impressive collection of modern Indigenous art. Or head over to Lone Pine Koala Sanctuary, where you can touch and feed koalas. Watch the sunset at Howard Smith Wharves, and keep the evening going by checking out the city’s restaurants and bars!

It’s not the only zoo, but it sure is Australia’s most famous, thanks to the late Steve Irwin. Education and conservation are at the forefront of Australia Zoo, and initiatives go on to have a significant positive impact on animal species around the world. It’s a great place to learn about the unique and fascinating wildlife found only in Australia. Tasmanian devils, wombats, dingoes, emus and possums are just some of them. Make sure to catch the Wildlife Warrior show and see some fearsome saltwater crocodiles at the Crocoseum.

Every year between July and October, magnificent humpback whales migrate along Queensland’s coast to warmer waters. There are many whale watching cruises that can take you eye-to-eye with these gentle giants, and they are known to be very relaxed in the company of the cruises. Some even take you to go swimming with them! If you’re not visiting in whale migration season, Hervey Bay still offers other wonderful experiences such as eco cruises and Fraser Island.