HomeJapan6 Best Things to Do in Osaka

6 Best Things to Do in Osaka 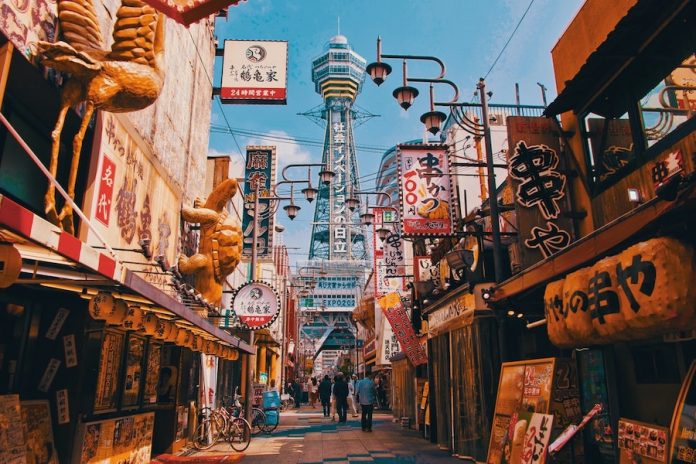 Osaka is one of the main cities in Japan as well as a top tourist destination, together with Tokyo and Kyoto. From drool-worthy local food, trending shopping districts, temples and amusement parks, Osaka’s unique culture and character make it a city like no other. If you’re looking to fulfill a bucket-list trip here after the craziness of the world settles, here are six of the best things to do in Osaka.

USJ is one of the most popular theme parks in Japan along with Tokyo Disney Resort. It is split into nine different zones, with theme attractions such as Spiderman, Jurassic Park, Harry Potter Minions and Super Nintendo Park. There is an obvious Japanese twist here, so expect to see a range of local characters as well. Apart from rides and mascots, enjoy various shows that go on everyday, including a night parade with illuminated floats!

Osaka Castle’s history dates back to 1583. It sits on the former site of the Ishiyama Honganji Temple, which was destroyed by Oda Nobunaga thirteen years earlier. Toyotomi Hideyoshi intended the castle to become the center of a new, unified Japan under his rule. At the time, it was the largest castle in Japan. However, as with many other Japanese castles, it was destroyed, repaired and renovated several times. The structure that stands now was built in 1931. It is very modern, with an elevator as well as a museum within its walls.

3. Shop til you drop at Minami

Minami is one of the main entertainment districts in Osaka, offering lots of dining and shopping options. Dotonbori is the central hub with lots of bars, restaurants and cafes. It is also famous for its billboards, neon signs and displays such as the Glico Running Man and giant moving crab at Kani Doraku. For designer labels, chain retail stores and trendy boutiques, Shinsaibashi Shopping Arcade and the surrounding Shinsaibashi area is Osaka’s premiere shopping center.

Located in the Tempozan Harbor Village not far from Universal Studios Japan, Osaka Aquarium is one of the largest aquariums in the world. It has a whopping eight floors of exhibits, and a plethora of marine life such as dolphins, turtles, manta rays and even whale sharks call this place home! They are displayed in 15 tanks, each representing a specific region of the Pacific Rim. The central tank, at over nine metres deep, represents the Pacific Ocean and is the aquarium’s main attraction.

5. Try out the local food

Eating is one of the best parts of every trip abroad, so naturally checking out the local cuisine is one of the top things to do in Osaka. You’ll find passionate foodies here as well as an abundance of dining options. Need some recommendations? Check out some of the best Osaka sushi bars and restaurants for the freshest seafood and dishes.

Osaka is one of the liveliest cities when it comes to nightlife. If you’re a creature of the night, checking out the local scene should be at the top of your things to do in Osaka. There are several watering holes and Izakaya alleys for that authentic Japanese drinking experience. Not sure where to go? You can also go on a pub crawl or nightlife tour, such as his Osaka Bar Hopping Nightlife Tour with Magical Trip.