HomeMacau6 Things to Do in Macau That's Not Just the Casino 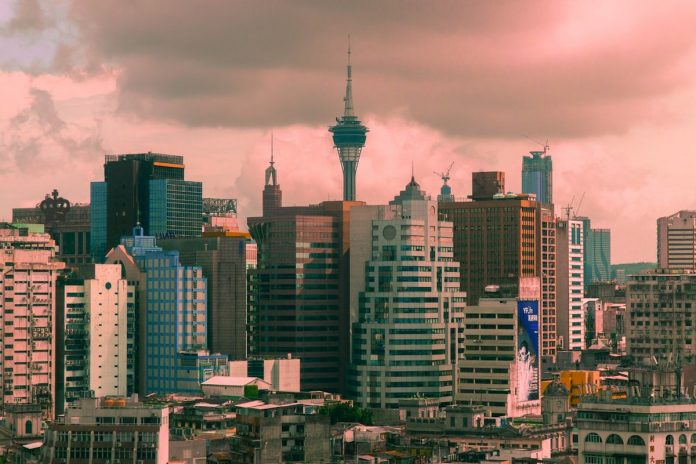 Known as the Vegas of Asia, Macau is known for its extravagant casinos. But what if you’re not a fan of putting money on the tables? Not to fret, because we spent a few days in Macau (pre-Covid) without spending a single cent gambling. Some of these may surprise you. There are actually lots of things to do in Macau besides visiting the casinos!

Beyond the hubbub of the Cotai casino strip is the charming Coloane in the southwest of Macau. Although it is just 10 minutes away by bus, travellers can see an entirely different side of Macau. Coloane is home to Macau’s largest natural green areas, traditional local ways, a thriving fishing community, serene temples and chapels. The best way to take it all in is to go sightseeing on foot. There are several popular hiking trails such as the 2.6-kilometre Hac Sa Reservoir family trail, or the 8-kilometre Coloane hike that ends at Macau’s highest point, Alto de Coloane. Don’t miss the quaint Coloane Village as well, with the numerous pastel Portuguese-style buildings and heritage sites.

Adrenaline junkies will know all about the Skypark Macau by AJ Hackett, otherwise known as the world’s highest bungy jump from a building. For the ultimate daredevil experience, leap from a platform on Macau Tower, 233 metres above ground and experience the ultimate free fall. Night jumps are also available from 6pm in winter and 7.30pm in summer. For a slightly less terrifying experience, Macau Tower also offers alternatives like Skywalk, SkyJump and Tower Climb activities.

Beaches are definitely not the first thing that comes to people’s minds when they think about things to do in Macau. But the southern side of Coloane Island is actually home to beautiful stretches of coastline! The most well known beach in Macau is Hac Sa Beach, which means black sand in Mandarin. However, the beach is yellow now, as sand was added to it in order to prevent erosion. Regardless, Hac Sa is still a great place to escape the hubbub of the main city and catch some sun. Not to mention, the best seafood restaurants are here too!

Nestled against a hillside in Seac Pai Van Park in Coloane is Macao Giant Panda Pavilion. Explore this state-of-the-art facility that is home to several giant pandas and other animals such as gorillas, flamingos, monkeys and two red pandas, Luo Luo and Tong Tong. And it’s not just the animals that draw people here. The park is also home to children’s playgrounds and picnic areas that are a big hit for families with kids. It’s best to be here around 3.30pm, since that’s when feeding sessions begin – also the best chances to catch the pandas in action!

With a history of over 400 years, Macanese cuisine is considered the world’s first fusion cuisine. It blends southern Chinese cuisine with Portuguese ingredients, spices and cooking techniques from Macau’s colonial days. The result is Macanese cuisine, with signature dishes such as tacho (fusion stew), bacalhau (traditional Portuguese salt cod), minchi (minced meat with molasses and soy sauce) and  galinha à Africana (African chicken). You can usually find Macanese restaurants outside of the casinos in the local town!

6. Pray for safety at A-Ma Temple

There are a number of Chinese temples in Macau, but the most famous one has to be A-Ma Temple. It’s the oldest temple in the city and thought to be where Macau’s name comes from. Dedicated to the goddess Mazu, protector of seafarers and fishermen, there are also several structures and pavilions here dedicated to different deities. It wouldn’t hurt to come here and pray for safety, especially if you’re making your way back to Hong Kong by sea!