HomeUnited States9 Cool Things to Do in Los Angeles At Night

9 Cool Things to Do in Los Angeles At Night 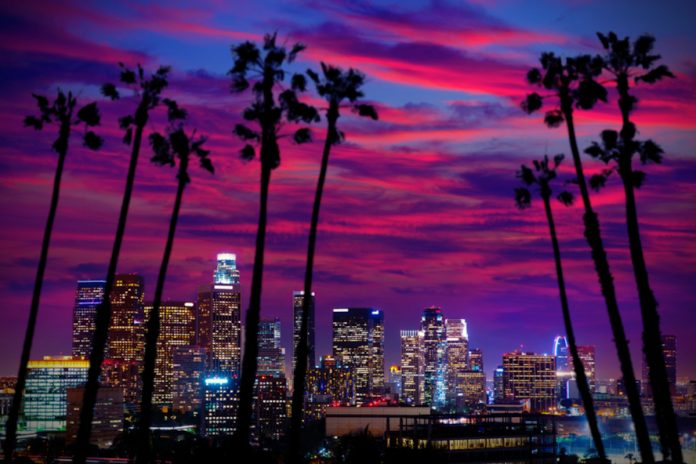 Los Angeles at night is more than just star parties, bars and nightclubs. If you’re not ready to turn in, there are live performances, light shows, late night eats and places to explore. Check out all the fun things to do in Los Angeles at night!

Griffith Observatory is the perfect place to see the twinkling stars above, and also the ‘stars’ below. You can look through telescopes, explore exhibits, see live shows in the Samuel Oschin Planetarium, and take in views of Los Angeles and the Hollywood Sign. It is also one of the most popular spots for catching the sunset in the City of Angels. No matter day or night, a visit to the Observatory should be part of any Los Angeles trip.

2. See the stars along Hollywood Boulevard

On the topic of stars, no trip to Hollywood is complete without a walk down the famous Walk of Fame. It stretches for 18 blocks with more than 2,500 brass stars celebrating entertainment icons. Spot your favourite celebrities! You might not be able to rub shoulders with them in person, but you sure can snap a photo with their star.

Just next to Universal Studios Hollywood, Universal CityWalk is home to street vendors, restaurants, a movie theater and fun activities. It’s the perfect spot for a family-friendly night, where you can dig into traditional Mexican favorites, indulge in one-of-a-kind desserts, pick up some apparel, accessories or Universal merch, and see movies where movies are made!

4. Hang out at Santa Monica Pier

Santa Monica Pier is a great night spot. It’s home to bright neon lights, music, and the iconic ferris wheel. Whether you’re out for a romantic stroll, or want to have some fun with your friends at the amusement park, checking out Santa Monica Pier is definitely one of the top things to do in Los Angeles at night.

Street Food Cinema is the largest outdoor movie cinema in Los Angeles with tasty food, live music and pop culture films. Located in Exposition Park, the outdoor cinema is packed with food trucks serving cuisines from all over the world. Think boba, banh mi, tacos, fried chicken, barbecue ribs and more! This is where the traditional movie-going experience is reinvented – al fresco style.

Knowledgeable guides from the Museum of Neon Art weave light-filled tours through Los Angeles county neighborhoods. This walking tour is a great way to see Los Angeles in a different light. They will take you through Glendale, Koreatown, Hollywood, Downtown LA’s famous Broadway Theatre District, Chinatown and more. Guests will learn about the areas’ architectural history while guided by the glow of its neon signs.

If you need to relax instead of amping it up, you can do so at Wi Spa, ancient Korean style. Just minutes from Hollywood and downtown Los Angeles, this spa in Koreatown is open 24 hours a day, seven days a week. Get a massage, body treatments and mani pedis. Relax in the five different saunas here, along with steam rooms, showers and hot and cold tubs. There is also a common area, a restaurant, fitness center and rooftop terrace.

Long Beach is home to the Queen Mary, a retired British ocean liner. It is also voted one of the Top 10 Most Haunted Places in America by Time magazine! Experience for yourself the more haunting side of the liner after hours with the Paranormal Ship Walk Tour. The tour takes approximately 2 hours, where you will explore various rooms and compartments seldom seen by the general public. Learn about stories and legends of the past passengers aboard the legendary ocean liner and the paranormal activity that the Queen Mary is known for.

Whether you’re craving for something sweet after dinner, or leaving the club at 3 am needing a sugar fix, California Donuts is open 24 hours. This family-run establishment in Koreatown dates back to the 80s, and it’s not uncommon to have a line of people. Take your pick from colourful creations such as doughnuts topped with cereal, chocolate and fruit. There are also jelly-filled pastries, croissants, fritters, and cinnamon rolls for the ultimate sugar rush.