HomeJapan7 Things to Do in Sendai For An Unforgettable Time

7 Things to Do in Sendai For An Unforgettable Time 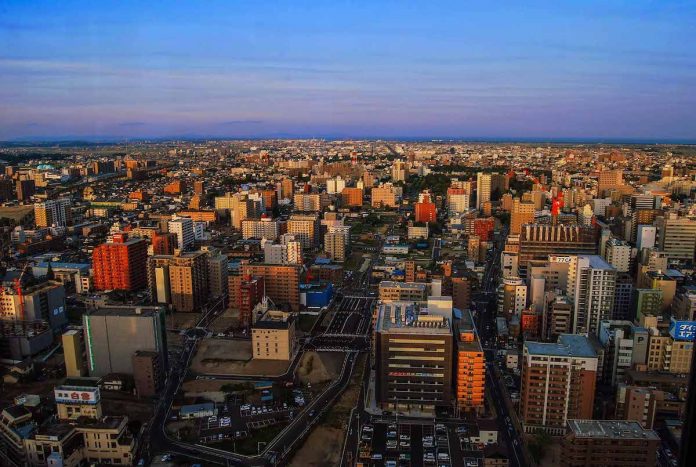 Japan‘s geotag is populated with Tokyo, Osaka, and Kyoto. Let’s go off-the-beaten-track on a hunt for Sendai’s best views, where you can go from the city to the beautiful nature in just 30 mins! From biking around the city, checking out the biggest street jazz festival, seeing old Sendai architecture with AR technology, there’s lots to see and do in Sendai. We will definitely won’t forget to drop by one of the most popular whiskey breweries as well! Here are the best things to do in Sendai!

Zuihoden is a mausoleum that is dedicated to Date Masamune. Masamune was one of the most powerful feudal lords of Japan in the Edo period, and his remains are here. The Date clan is actually one of the most famous clans in all of Japan. Unfortunately, Zuihoden was destroyed back in World War II, but it was rebuilt in 1939. The place that holds Masamune’s remains is only open for special occasions, but visitors can still walk around the buildings and see everything else.

Leave it to the Japanese to make milkshakes a little healthier and slightly more weird! Zunda shakes are a Sendai specialty made from edamame. They have lots of fiber, vitamin C, and vitamin B1, but you’ll be surprised to know that it’s not unlike your typical shake! It tastes like vanilla ice cream with a hint of salt and a nutty undertone. There are also tiny chunks of edamame for texture, kind of like the chocolate chip you get in a frappuccino. Make sure to try one in Sendai!

Matsushima is one of the three historic scenic sites in Japan, along with Miyajima in Hiroshima and Amanohashidate in Kyoto. It’s a buzzing atmosphere with lots of things going on. Ferries departing and arriving, restaurants and stalls, temples and people here to escape the city. And given that it’s only half an hour away from Sendai, it’s definitely worth a visit! Make sure to check out Ensuin Temple and its garden, which feels like a compilation of all the best bits of Kyoto rolled into one. There’s the rock garden, bamboo forest, temples, shrines, and cool cave carvings that look like something out of Indiana Jones. Best of all, apparently Einstein came here in the 1920s. If walking in the footsteps of Einstein doesn’t sell it to you, then nothing will!

Just ten minutes south of Matsushima is Shiogama, which holds the record for the most sushi restaurants per capita in Japan. That’s not just because Shiogama is historically a major port town, but because of the way the tuna is supplied to the local sushi restaurants. The town has the largest raw tuna market, which means the fish is never frozen, only refrigerated. The tuna in this town is about as fresh as you can get.

​​Sendai has the biggest jazz festival in the country. What started back in 1987 on a department store stage, today street corners form the stages for this music event with Jozenji Street as center stage. The event is always held over a weekend in September which also hosts markets and street food stalls. Walking the entire course would take over an hour – that’s how big the festival is! Honestly, two days might not even be enough to enjoy it all.

Sendai has a lot of history, and if you’re into that thing, they have QR codes all across town. You can scan it with your phone and see reproductions of the Sendai townscape and Sendai’s historic buildings, through VR! Get a glimpse of what the city was like back in the day. Japan is known for combining what’s new and their cultural heritage together, and this VR experience in Sendai is a great representation of that.

Established in 1934, Nikka Whisky is Japan’s own exclusive whisky brand. The distillery offers two different factory tours where you can see how Nikka makes its whisky. The general factory tour, or the 1.5-hour tour which includes a tasting seminar. Highlights include the heating pot stills, and the warehouse with barrels and barrels of whisky slowly aging. Head over to the tasting corner where you can savor a glass of whisky or apple wine. The shop also sells a range of Nikka’s whiskies, such as the Single Malt Miyagikyo, a variety that features a touch of sweetness reminiscent of dried fruit.