HomeUnited States8 Best Things to Do in Downtown San Diego

8 Best Things to Do in Downtown San Diego 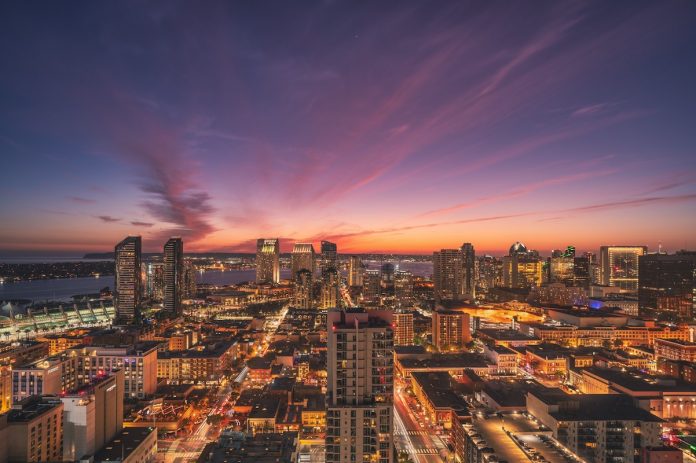 Downtown San Diego is the heart of the Californian city. A vibrant cultural hub, it has everything to keep you entertained for the entire day. From the historic Gaslamp Quarter to the San Diego Zoo, here are eight things to do in Downtown San Diego.

Where culture, science, and nature meet, Balboa Park is home to over 16 museums, performing arts venues, gardens, trails, and many other attractions. One of the largest urban green areas in the whole of America, there is just about everything you can think of here. A swimming pool, golf course, archery range, dog park and more. The San Diego Zoo is here too, which we’ll get into later! In short, no visit to San Diego is complete without a trip here.

San Diego Zoo is not just one of the best zoos in the United States but also in the world. It has thousands of animal species, a safari park, aviaries, an arboretum and even a 4D theatre. Taking up the entire north end of Balboa Park, it has easy access to and from Downtown San Diego. Some fun facts: the zoo has the largest population of koala bears outside of Australia and is also one of the four places to see giant pandas in America!

These trolley tours are one of the best things to do in Downtown San Diego and the best way to see the city. Get on and off anytime you want to explore a stop or downtown district. There are different tours that you can do, such as the Hop On Hop Off tour, or the San Diego City Lights tour which takes you to romantic panoramic views. For those who want something more unusual, Ghosts & Gravestones takes you to the dark side of the city’s historic buildings and neighborhoods. There’s even a SEAL tour, which is both a tour bus and boat, taking you through San Diego by sea and land!

Gaslamp Quarter is a 16-block area of Downtown San Diego and it is the city’s social center with restaurants, bars and clubs. At first glance, you may think that the Quarter is stuck in the Victorian era, but the nightlife scene and music here is very up to date. Make sure to drop by the Altitude Sky Lounge, which is 20 storeys above ground. Enjoy some cocktails and the view that comes with it!

The USS Midway is an aircraft carrier which is now a museum and permanently docked in Downtown San Diego. It’s only when you get close to it that you can truly see its colossal size. It’s truly jaw dropping how man has created something that can carry so many planes, personnel and equipment! Today, the carrier is home to thirty aircraft and several helicopters, some of which you can even get into the cockpits. You are free to explore the engine room up to the bridge, crew’s quarters, flight control towers, the flight simulators and flight deck. It is definitely a great place to spend an afternoon and one of the most unique museums in the world!

Another museum you ought to check out is the MCASD, which houses an impressive collection of artwork from the 50s. It mainly features contemporary art, pop art and minimalist art, especially from California and Mexico. The museum is also housed within a historic building – the old Santa Fe Depot baggage terminal. Exhibitions change up frequently, so be sure to check out their schedule.

Originally an Italian neighbourhood in San Diego and a center of tuna fishing, today Little Italy is a vibrant, upscale neighbourhood. It retains its Italian heritage along with trendy restaurants, cocktail bars, boutique shopping and a weekly farmer’s market. This is also where ArtWalk, the largest fine art festival on the West Coast, takes place every year.

The San Diego Padres have been the home team in San Diego since 1969. When their brand new baseball stadium, PETCO Park, opened in 2004, going to a Padres game became even more of an attraction. You don’t need to be a Padres fan, or even a fan of baseball to enjoy the atmosphere. Depending on where you’re seating, you will not only get to see the game, but also fantastic views of Downtown San Diego or San Diego Bay!