HomeAustralia5 Amazing Things to Do in Canberra

5 Amazing Things to Do in Canberra 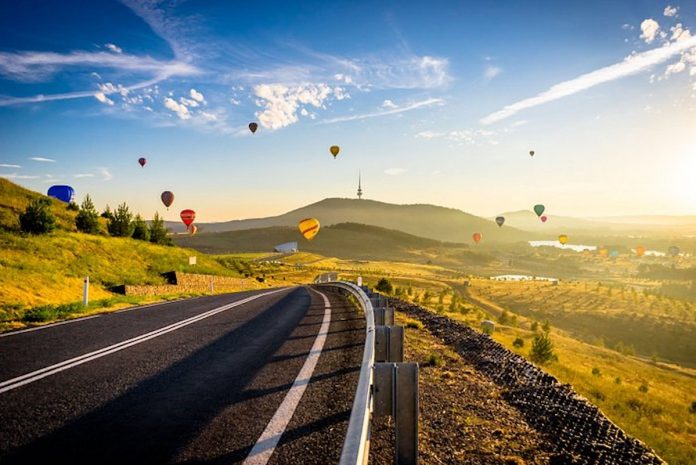 Welcome to Australia’s fabulous capital, Canberra. There’s no doubt this city has become one of Australia’s most exciting and dynamic travel destinations. From the Australian War Memorial and the Old Parliament House, to Lake Burley Griffin and where all the wild things are, sit back and relax as we bring you the best things to do in Canberra.

First time visiting Canberra? Head up to the summit of Mount Ainslie. It’s just a 15-minute drive from the city centre and the lookout offers incredible views of the capital and surrounding region. Usually Mount Ainslie has its head in the clouds quite literally, but on a clear day the vistas are absolutely breathtaking.

No visit to Canberra would be complete without seeing the Australian War Memorial. This is undoubtedly one of the finest museums in the world and commemorates those Australians who have served and lost their lives in armed conflicts. One of the highlights inside is the central commemorative courtyard with its glistening pool of reflection and roll of honour halls. time almost stands still here and the pace of life in the outside world quickly becomes a distant memory. The surrounding exhibition halls feature emotive presentations on all the conflicts in which the Australian armed forces have served. We can’t do it justice but prepare to spend more time here than you anticipate!

While the New Parliament House attracts most of the attention in Canberra, one of the capital’s best loved buildings is Old Parliament House which now houses the Museum of Australian Democracy. Opened on May 9th 1927, it was always called a provisional parliament and never meant to be the permanent parliament house. It was only meant to be used for about 50 years, however it was used for 61 years. One of the most popular exhibitions here is Behind the Lines, which is the best of political cartoons. There’s also a small exhibition of the actual abc studios used when the building was parliament.

There’s no doubt that Canberra is an amazing city to explore on foot, especially the parliamentary precinct leading down to the beautiful Lake Burley Griffin. But why stride when you can ride? Learn to ride a segway and combine it with a guided tour of the lakeside precinct! There are 15-minute rides, half an hour rides and an hour rides. We suggest the hour ride where you’ll pass many attractions such as the galleries, National Library, Old Parliament House and do a full lap of the central basin as well.

Another great way to see the gorgeous lake is on a cruise. Lake Burley Griffin Cruises offers a relaxed one-hour cruise with commentary. You’ll pick up lots of information and tips for more things to do in Canberra! You’ll walk away with a better knowledge of the capital’s history and its key cultural sites. Admire the views of key landmarks like the Captain Cook Memorial Jet, National Museum of Australia, Commonwealth Avenue Bridge and the expansive Commonwealth Park. You’ll also pass by the National Carillon with its 57 giant bronze bells!

Those who enjoy a good tipple will be pleased to hear that Canberra has a fabulous winemaking, craft brewing and distilling scene. For an introduction to all three, join Dave’s Tours on their Capital Triple Treat tour. Throughout the course of a single afternoon, you’ll visit a bustling inner city brew pub to taste their handcrafted wares, get amongst the vines for some cheese and wine, and see what’s cooking in the lab at one of the city’s best boutique gin distilleries.

The tour begins at the BentSpoke Brewery Co. This popular brew pub has a great atmosphere and offers a range of 18 house-brewed beers on tap. Your guide will provide some insight into the art of brewing, before working your way through the tastings. Moving on, there are 140 vineyards and 30 cellar doors within close proximity to Canberra, but only a couple are located inside the ACT itself. Mount Majura Vineyard is one of them and it’s a really pretty spot. The tasting is a treat as is the matching cheese platter! Finally, your last stop is the Big River Distilling Co., which looks fairly nondescript from the outside but clearly has a big heart. The passion about artisanal spirits is infectious here, and you can get a better understanding of the distillery itself and their production process, before for the all-important tasting!