HomeUnited Kingdom6 Best Things to Do in Birmingham

6 Best Things to Do in Birmingham 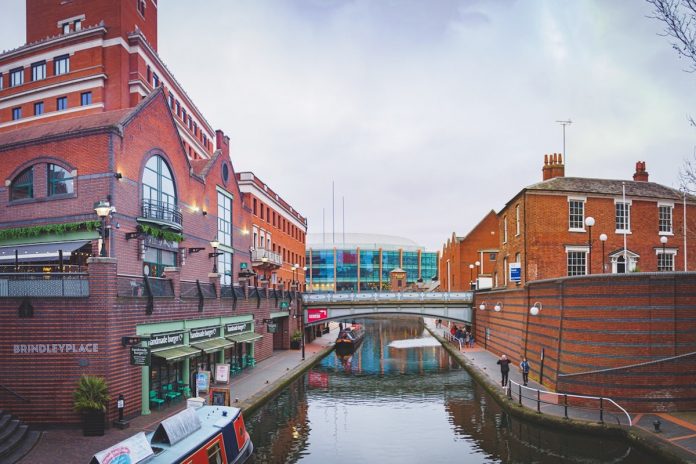 Located in the West Midlands, Birmingham is Britain’s second largest city. You’ll discover that the city is an irresistible cultural force and full of character, from its canals to the local music scene. And in case you didn’t know, Birmingham has even more canals than Venice! Whether you’re here for a week or a month, or wherever your interests lie, there are lots of things to do in Birmingham to keep you occupied. Here are some of the best!

1. Catch a performance at Symphony Hall

Treat your ears to a concert or live performance at Symphony Hall. Not only is it the UK’s finest concert hall, but it’s also one of the best in the world! With its stunning auditorium and world class acoustics, Symphony Hall hosts some of the most prestigious international orchestras and showcases many different styles of music. From classical to rock and even stand up comedy, there is really something for everyone within this beautiful building.

Directly adjacent to Chamberlain Square and home to the Town Hall and Council House, Victoria Square is the centre of Birmingham. The architecture is impressive here and other old-city sites to visit include the Central Library. It is home to the largest Shakespeare collection outside of the United States! ​​For something that leans towards the eccentric, Coffin Museum is just a short stroll away from the city center. This fascinating museum showcases the history and traditions of coffin making and funerals!

With over 250 years of history, checking out Jewellery Quarter is one of the things to do in Birmingham that’s just a must. Today, it is still home to hundreds of jewellery workshops and silversmiths. You can also visit the Museum of the Jewellery Quarter, or make your own pen nib and attend a calligraphy workshop at The Pen Museum. As you might expect, this is a very lively and artsy area, so you’ll see galleries at every corner and all kinds of different artists!

What better way to explore the city and its surrounding than via the historical canals? Start off in the city centre and take a narrowboat tour along the outskirts of Birmingham, or take in the sights along the West Midlands canals. You can also choose to kayak, canoe or paddle board for yourself. A day is not enough? You can even rent a canal to stay all week if you want to! Live out on the waters and experience the life of a sailor while powering through Brummie canals.

5. Go behind the scenes at Cadbury World

Cadbury is truly the heart of British chocolate, and any chocolate lover should most definitely visit Cadbury World. Here, visitors get to learn the history of chocolate as well as Cadbury’s story. Through themed interactive exhibits, visitors will get to know more about chocolate making and the manufacturing process. And of course, how could we forget about the actual goodies? The most important part of the day will be visiting the world’s biggest Cadbury shop as well as the Cadbury World cafe!

Moseley Bog was the childhood playground of The Lord of the Rings author JRR Tolkien. He lived nearby, and the site inspired the ancient forests in his books. If you’re a LOTR fan, then Moseley Bog is well worth the trip. Even if you’re not a fan, this nature reserve is full of greenery and wildlife, graceful old trees and bluebells every spring. The site is also of great archaeological interest, as there are two burnt mounds which date back to the Bronze Age, as well as the remains of an old mill dam and the foundations of Victorian greenhouses.

9 Scariest Theme Park Rides For the Daredevil in You

7 Top Things to Do in Bristol