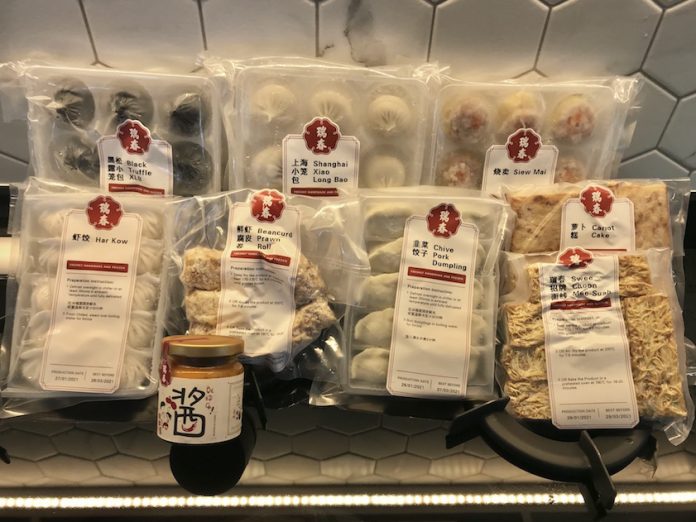 Swee Choon frozen dim sum!? Our eyes beamed at the news. Could it be that we can now ease our dim sum cravings right from the comforts of our home?

Swee Choon frozen dim sum is supposedly “as good as savouring the dim sum in person at the restaurant”.

Is that true? Let’s put Swee Choon frozen dim sum to the test.

Here’s what we got via their Qoo10 page! 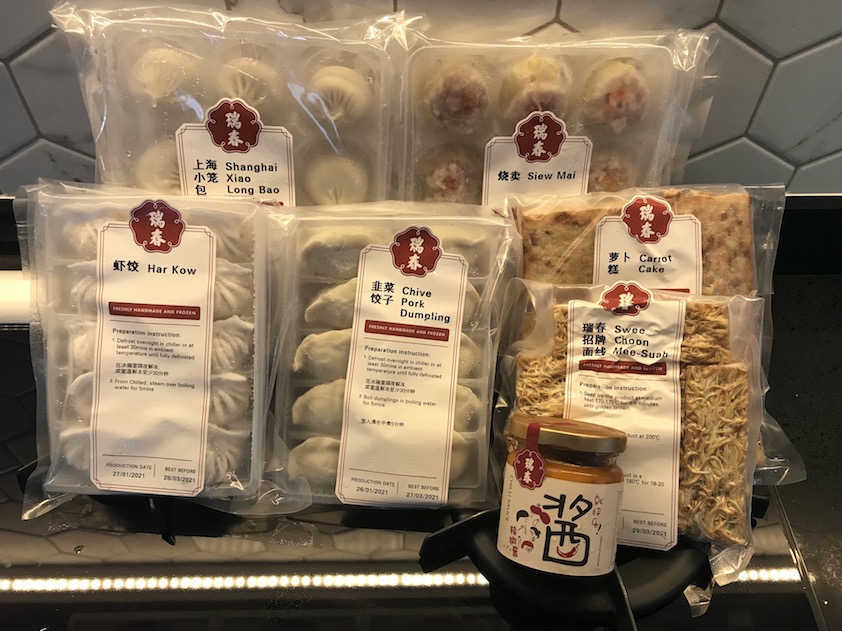 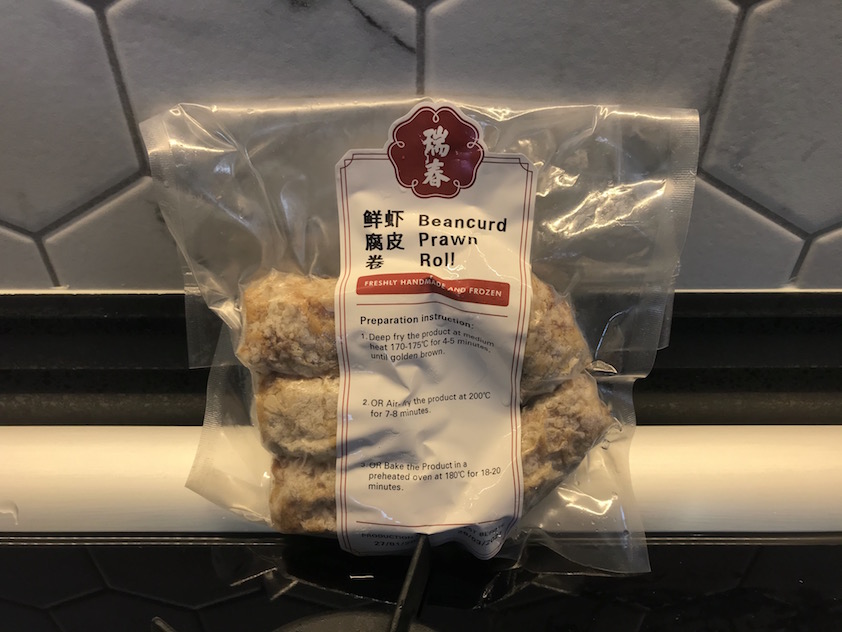 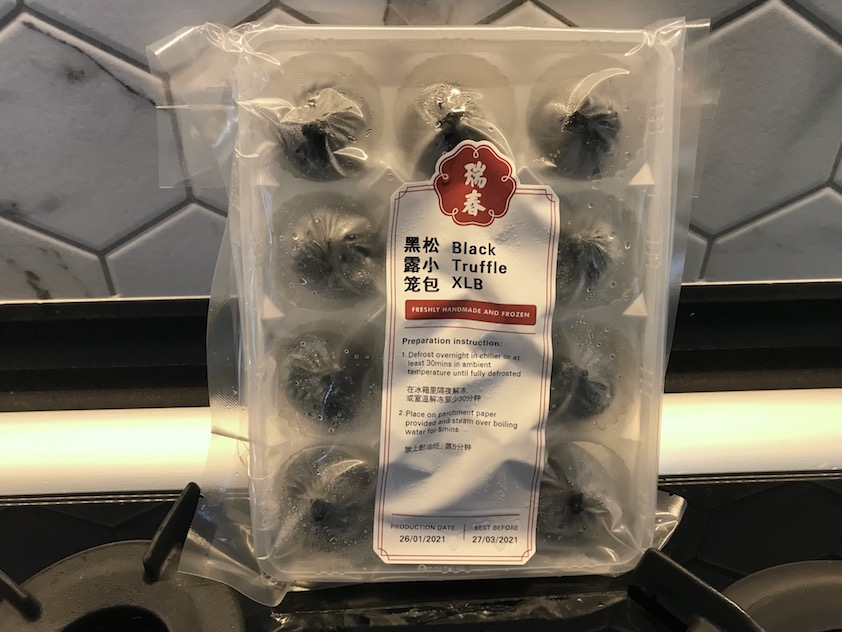 Orders above $30 come with free delivery with a selected date and time slot. We chose to have our items delivered on 28 January, but the day came and went without any sign of our dim sum. A quick check on Qoo10 showed us that our delivery was rescheduled to the next day. It would’ve been nice if we had been notified about the change!

We’re guessing that the frozen dim sum must be pretty popular?

Delivery hiccups aside, here’s our spread! 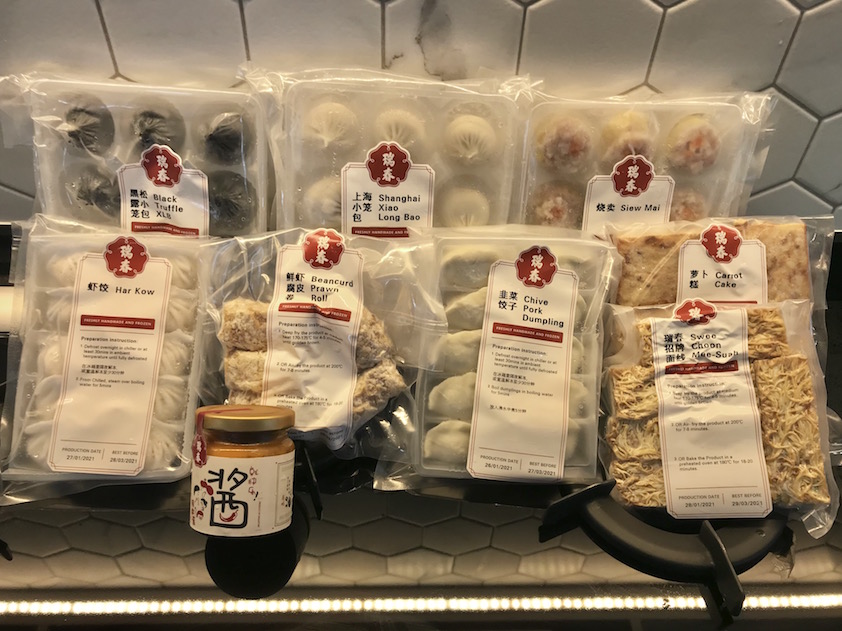 We like that the instructions for preparation are clearly printed onto each package and very easy to understand, even for kitchen noobs. As per the instructions, we left the steamed items out to defrost for 30 minutes. 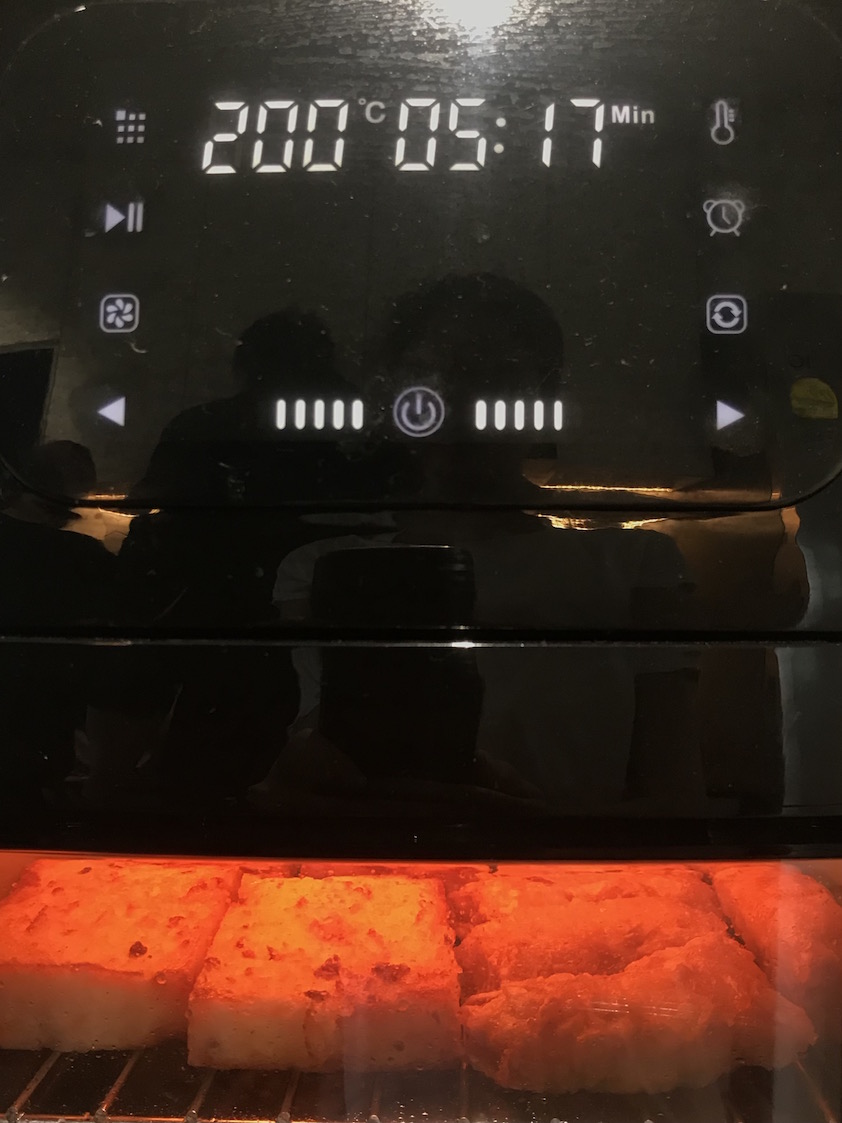 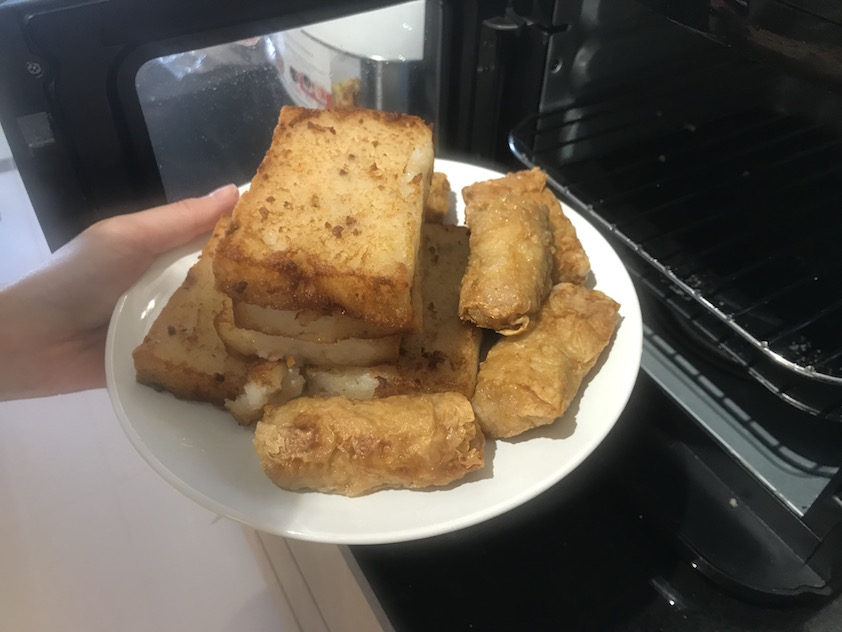 Fried items do not need to defrost so we went ahead and popped the Beancurd Prawn Roll, Mee-Suah Kueh and Carrot Cake into the air fryer. It seems that the fried items turned out the best – the Mee-Suah Kueh was our favourite dish of the night! 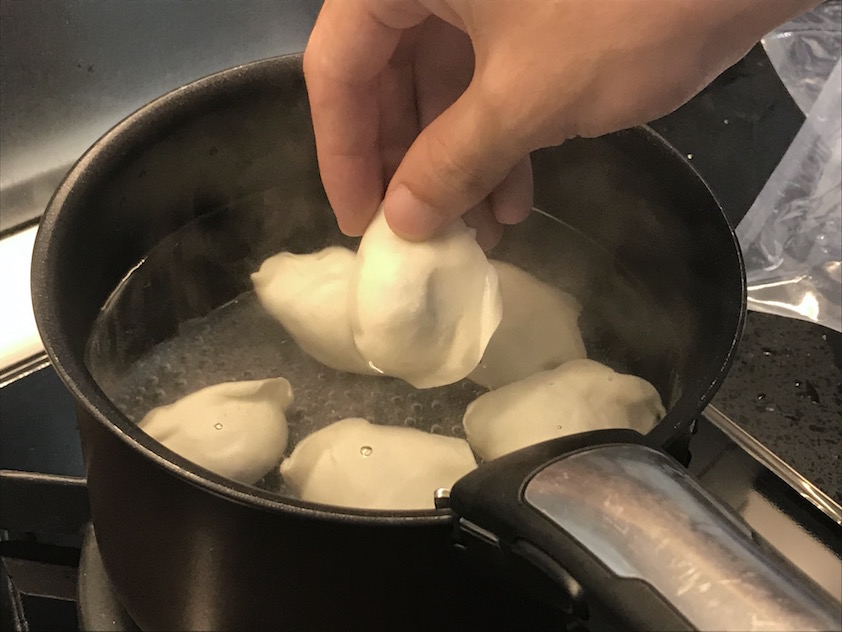 The directions say to boil the Chive Pork Dumplings for five minutes, but we got fancy and decided to pan fry them for an extra oomph. Yes, it’s one extra step and an extra pan to wash, but it was so worth it! 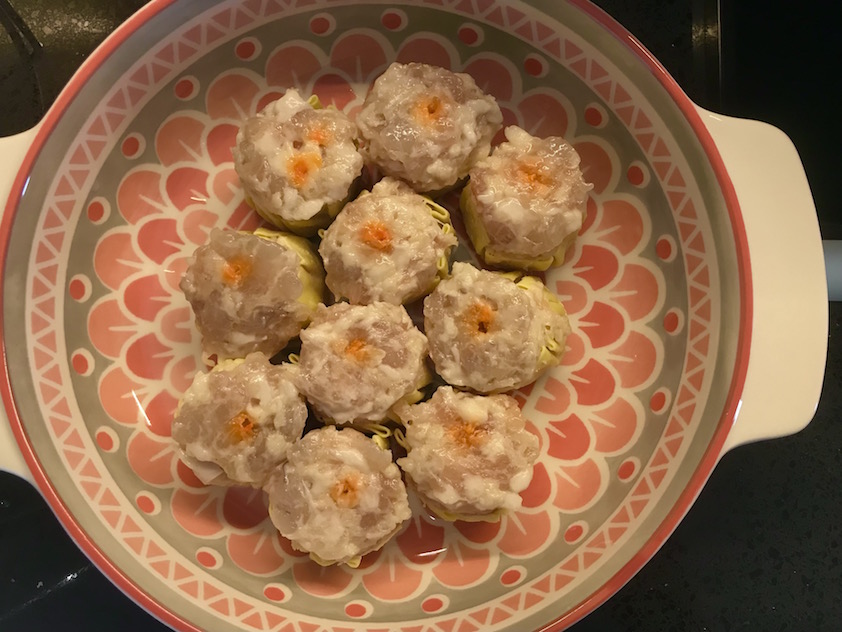 Steaming the Siew Mai was pretty straightforward. At this point, we were feeling pretty confident. Seems like everything is going well so far!

… Guess we spoke too soon. Our Shanghai Xiao Long Bao burst in the steamer, and what looks like pork fat and broth escaped the dough. 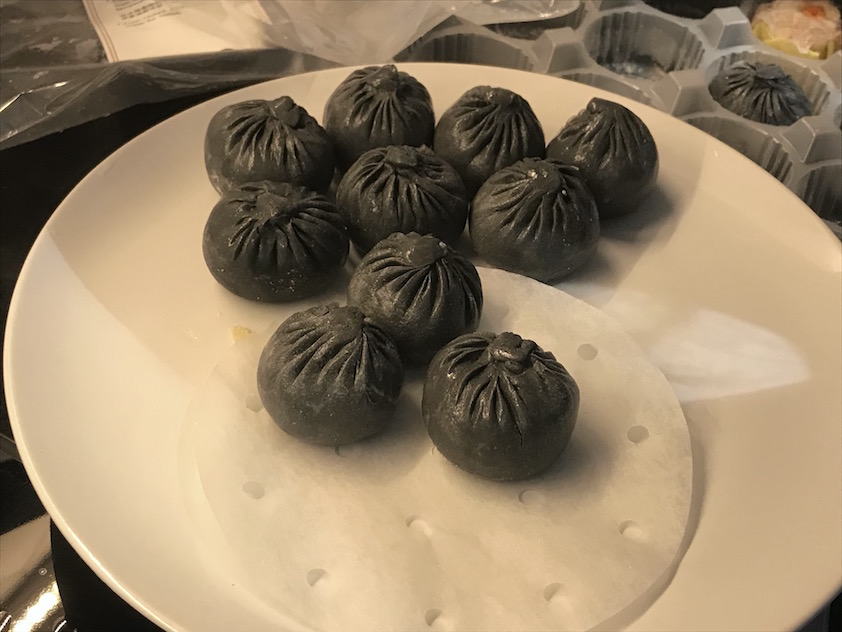 Some of our Black Truffle Xiao Long Bao burst in the steamer too, although it didn’t look as bad as the Shanghai Xiao Long Bao.

We’re still wondering what went wrong with our XLBs. Perhaps a bamboo steamer might’ve worked better? We have to say that it was a nice touch that they provided us with parchment papers, so the XLBs don’t stick to our plates.

Last but not least, our Har Kow (which was undercooked, and we did not realize until later).

The entire cooking process took us slightly over half an hour to complete. But by the time we were done with all the dishes, the first few ones out were already cold. This might be something to keep in mind, since most people probably wouldn’t have a big enough steamer at home to cook all the dishes at once.

All that said, let’s dig in! 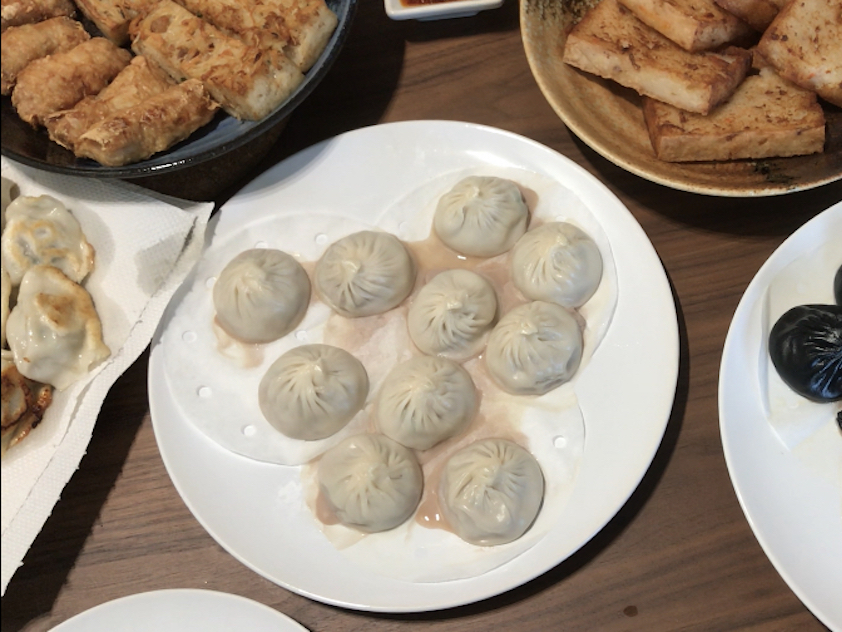 Our XLBs that burst in the steamer looked even worse after it cooled. Visually, it looked rather unappetizing, nothing like the XLBs that Swee Choon serves. 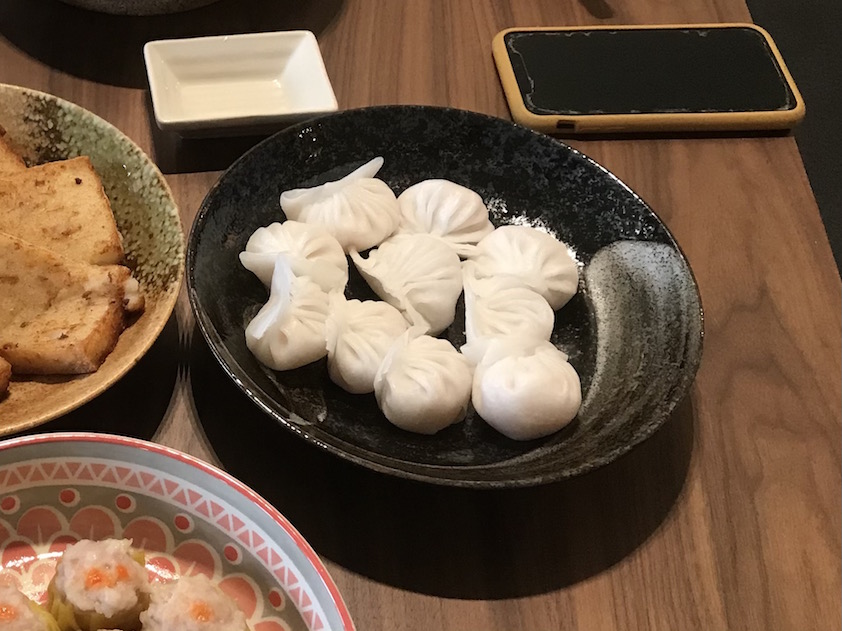 Our Har Kow was undercooked and we found out the hard way. It was like biting into prawn sashimi in Japanese restaurants, which is not what you want in your dim sum. Looking at the pictures it’s also pretty obvious now, since cooked Har Kows are translucent and these are still pretty opaque.

Anyway, it was fine after we put it back in the steamer for another five minutes. We followed the directions exactly, but we’d suggest giving it a few more minutes in the steamer. 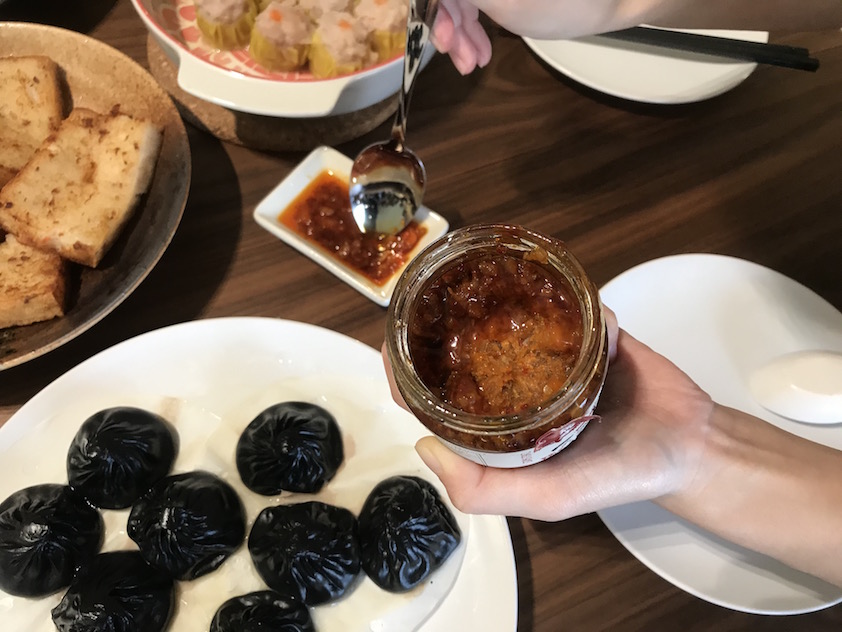 The highlight of our dinner was actually the Hae Bee Hiam Chilli! It was fragrant, not too spicy, and paired perfectly with every single dish. 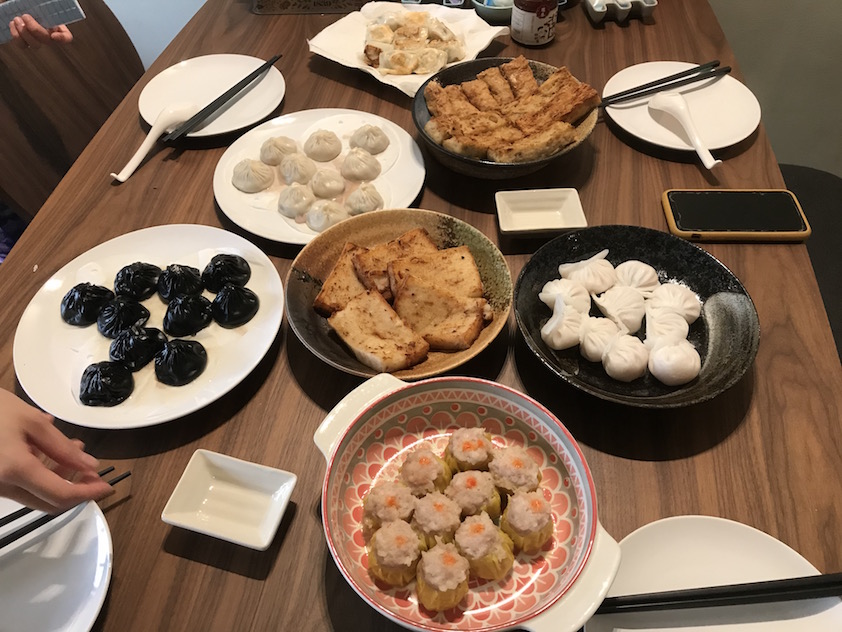 Other than the fact that most of the dishes were already cold, all of the dim sum tasted relatively close to what Swee Choon serves in the restaurant. Can we agree that it is as good as savouring it in person? Unfortunately, we’d have to say no. It’s much more satisfying going to Swee Choon and having piping hot dim sum. Cold dim sum just doesn’t hit the right spot.

So our final verdict? Frozen dim sum is a great idea, if you’re cooking for yourself and everything can fit into one or two plates. For bigger gatherings, we say give it a hard pass and make your way to Swee Choon instead.