HomeTravelOnboard The Longest Train Ride In The World - Portugal to Vietnam

Onboard The Longest Train Ride In The World – Portugal to Vietnam 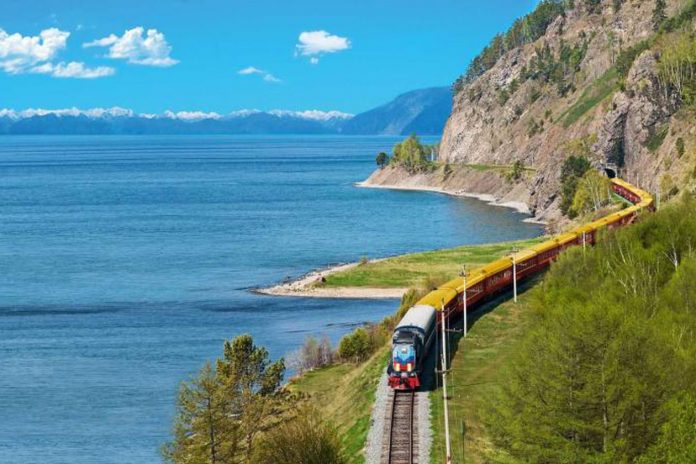 Having travelled part of the Silk Road by train, the scenery presented to me made me want to experience more train journeys. Imagine my excitement when I learnt about the longest train ride in the world!

Trains are truly an underrated and fulfilling way of travelling. Unlike plane rides, they grace us with ever-changing scenery – lofty mountains, sprawling fields, quaint rivers and rustic cities. It’s an eye-opening way to see the world, and this one that we’re talking about today will take you 17,000km over 13 days, from Portugal to Vietnam.

Your journey will begin from the Portuguese coast or Porto. Hop on a train at Campanha Station in Porto which will take you to Coimbra B Station. The journey will only take about 60 to 90 minutes.

The route from Coimbra B to Hendaye in France will be much longer, taking 11 to 12 hours. This journey will take you through the vibrant cities of northwestern Spain. Keep your eyes peeled for Salamanca’s sandstone cathedrals, Valladolid’s impressive architecture, and Vittoria-Gasteiz’s medieval monuments.

After getting your fill of Spanish city views, you will alight at Hendaye and transfer to the TGV, France’s intercity high-speed rail. The next part of the journey will take you to Paris in about five hours. Kick back and relax as you make your way to the City of Love. Don’t forget that you’re free to stop and explore – why not spend a few nights in Paris before continuing on your journey?

Once you’re in Paris, alight at the train station of Montparnasse. From here, you will transfer to a Paris Metro train that will take you on an hour’s ride to Paris-Nord Station. In Paris-Nord, transfer to a high-speed train to travel to Cologne, Germany. This journey will take about three and a half hours and will pass through Brussels in Belgium!

After the views of Belgium’s magnificent Renaissance architecture, you arrive in Cologne, Germany. You may have a few hours of layover before your train ride to Warsaw, so take this time to explore the city of Cologne. Make sure to stretch your legs well, as the next train ride will take about ten hours! You will journey through the German cities of Dortmund, Hannover and Berlin, along with the Polish cities of Rzepin and Poznan to arrive in Warsaw.

Yay! You made it to the halfway mark of your journey. Make sure you have a transit visa for Belarus, as the next train will travel through Belarus to get to Moscow. This train ride will take about 20 hours.

Once in Moscow, you will need to board the Trans-Siberian Railway to get to Beijing, China. But the trains only depart twice a week: once every Tuesday and Wednesday. So if you find yourself in Moscow outside of these days, we recommend taking a break from the trains and spend some time exploring Moscow!

We hope you had a good time stretching your legs in Moscow, because your journey to Beijing will take six nights and seven days. It might sound daunting, but don’t worry because you’ll have sleeping compartments, and the scenery will make it well worth it.

For one, the train will pass Russia’s Lake Baikal, the world’s deepest freshwater lake. It will also show you the best of Siberia’s natural sceneries and travel through Mongolia. Lastly, you will get to witness the sandy dunes of the Gobi Desert, all before you enter China. The Trans-Siberian Moscow-Ulan Bator-Beijing train is undoubtedly one of the most scenic train rides in the world.

After that long journey, you’re finally in Beijing! Feel to spend a few nights here, or go ahead and make your way from Beijing Central Station to Beijing West Station. Here, you will catch a sleeper train to Hanoi, Vietnam which departs twice a week on Thursdays and Sundays.

Your road to Hanoi’s Gia Lam Station will take over 39 hours and take you through the Chinese cities of Zhengzhou, Guilin and Nanning. When you get to the border, you’ll have to go through customs and switch trains. From there, Hanoi will be about four hours away. Congrats! You have made it to Vietnam!

You will arrive in Hanoi in the early morning. If you’d like, you can end your journey here, but the official destination of the longest train ride in the world is Ho Chi Minh city. From Hanoi, it will take around 32 to 35 hours to get to Ho Chi Minh.

This last leg of the journey will reward you with views of Vietnam’s lush countryside – rice fields, palm trees and water buffalos, juxtaposed by Vietnamese towns and villages, and some French architecture of the old-world.

Once you arrive in Ho Chi Minh, you would’ve conquered around 17,000km and travelled across seven countries! This epic journey might not be the easiest way to travel, but it will definitely be a fulfilling one, giving you stories to tell for years to come.

Here are some additional things to note before embarking on your journey: