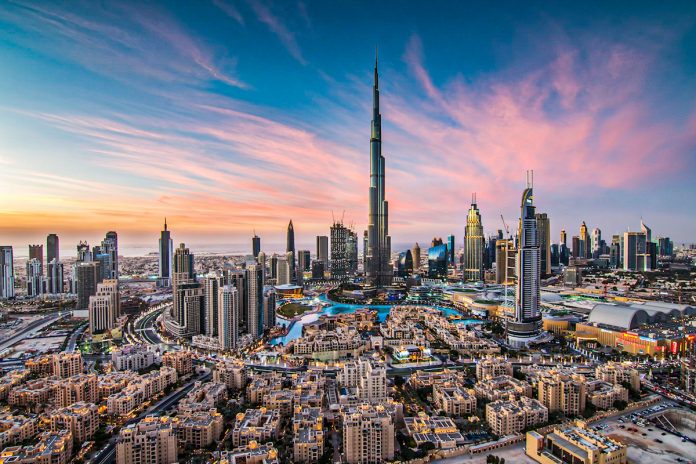 From the outside, it might seem like Dubai is all shopping malls and air-conditioning. In reality, it’s a heady mix of desert oasis, ultramodern skyscrapers, and a rich Middle Eastern culture. There is no shortage of incredible adventures here, especially for a first-timer. Check out this list of must-do things in Dubai that will leave you with a one-of-a-kind holiday!

1. Dress up for Burj Al Arab

Dubai is one of the places in the world where you can dress to the nines without looking out of place. The Burj Al Arab especially, is a world-class, ultra luxurious hotel. Architecturally, it is a piece of art, modelled after the after the sails that grace Dubai’s waterways. In case arriving in a limousine is not enough to make an entrance, there’s also a helipad at the top of the building. If you’re just like the rest of us, you can still enjoy the Burj Al Arab without a hotel reservation. Grab a bite at one of their restaurants, or book a drink at Gold on 27.

2. Catch some rays at Jumeirah Beach

One of the must-do things in Dubai? Get a glorious tan! Soak up the rays at Jumeirah Beach, Dubai’s best strip of public beach. It is neat and clean, and water sports enthusiasts can ride a jetski or go parasailing here. The beach also has a playground to keep young ones entertained, along with barbecue and picnic areas. Although on a hot day, the seawater feels more like bathwater. You’ll be better off seeking shelter and cooling down at one of the restaurants or cafes that line the beach! Try to arrive early in the day, as the beach gets more crowded as the day goes along.

3. Swim with sharks at Dubai Aquarium

Dubai Aquarium is home to the world’s largest collection of sand tiger sharks and over 33,000 aquatic animals. If you have an Open Water certification, you can go on the Shark Dive where you’ll brush shoulders with different species of sharks. If that’s not exciting enough, try the Shark Feeding dive, where you’ll be in the water during a feeding frenzy! If you don’t have a diving licence, you can still encounter these ocean predators on Shark Walk, from behind the bars of a diving cage.

4. Skydive over the Palm Jumeirah

No doubt you’ve seen Jay Alvarrez do this skydive countless times. As one of the best skydiving destinations in the world, don’t pass up this chance to leap from the skies! You can do a tandem skydive with an experienced instructor at Skydive Dubai. The Palm Dropzone is the main highlight with a stunning view of the iconic Palm Jumeirah. The Desert Dropzone will see you leaping over Dubai’s sandy dunes! A separate skydiver will be capturing your entire jump and you will also receive an Instagram-friendly video of your skydive. Perfect for sharing and bragging about it!

We don’t recommend visiting the Burj Khalifa the same way like Tom Cruise did in Mission Impossible, but the views from this building are pretty out of this world. Standing at 160 floors, Burj Khalifa is the tallest building in the world. From the observation deck on the 124th floor you can see many iconic Dubai landmarks, such as the Dubai Frame and Al Yaquob Tower. By paying a little extra, you can even go higher to the 148th floor, the world’s highest observation deck!

An epic structure depicting the metaphorical connection between the old and new city, Dubai Frame is the largest picture frame in the world. The giant gold frame stands at 150 metres and boasts of panoramic glass lifts that shuttle guests to the top. If you’re not afraid of heights, you can walk on a clear glass walkway across the top of the frame. Look north, and you’ll see Dubai’s older, more historic neighborhoods. Look south, and you’ll see the modern, flashy buildings and skyscrapers.

Kick off your desert adventure in a 4×4, where you’ll experience a rollercoaster ride on the sand dunes. You’ll slide, spin and skid across the shifting sands for one of the most exhilarating rides of your life! In the desert, you can choose to ride on a camel, or try out sand boarding. At night, look forward to a traditional Middle Eastern dinner at an Bedouin campsite, and enjoy cultural performances like a Tanoura dance. You’ll also receive a free henna tattoo!

8. Catch the sunrise from a hot air balloon

The experience of watching the horizon light up from a hot air balloon ride is nothing short of amazing. If you’re lucky, you’ll even spot some wild gazelles as the desert wakes up. This experience will also include a peregrine falcon show – the national symbol of the UAE, and the world’s fastest animal. After the hot air balloon ride, you’ll head for breakfast at a traditional Bedouin camp!

You can experience wintry climate even in the desert, thanks to Ski Dubai. One of the world’s biggest indoor ski resorts, you’ll be spoiled with a variety of fun activities. Take a chairlift to take to the slopes, or try out tubing in a figure 8 float. Or get to know how your hamsters feel with zorbing, which will see you rolling down the slopes in a giant ball. You can even see and interact with penguins in the manmade winter wonderland!