HomeFoodA Guide to Jamaican Food and 7 Dishes to Try

A Guide to Jamaican Food and 7 Dishes to Try 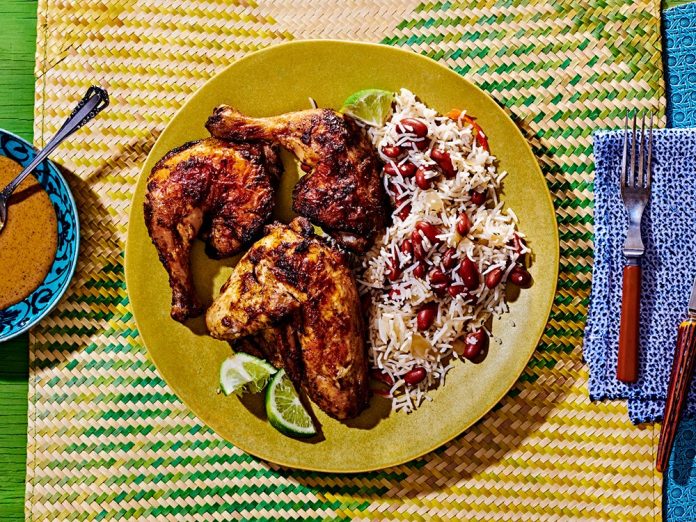 Jamaican food is one of the most intriguing cuisines in the world. For one, it includes a mixture of cooking techniques, flavours and spices from many different cultures. Namely the Amerindian, African, Irish, English, French, Portuguese, Spanish, Indian, Chinese and Middle Eastern people who have inhabited the island. It is also influenced by the Southeast Asian crops that were introduced into the island, all of which are now grown locally in Jamaica. In Jamaican food, you’ll find a wide variety of seafood, tropical fruits and meats in Jamaican food.

And while you can find Jamaican food throughout North America, the United Kingdom, and other places with a sizable Jamaican population, there’s nothing like eating it in its mother country. Visiting Jamaica gives you a complete appreciation of the local cuisine and you come to understand that it’s more than the flavour. Jamaican food is the people, the culture, the history and the beautiful country.

From the hearty curry goat to ackee and saltfish, here are seven Jamaican dishes you have to try.

An iconic Jamaican dish, curry goat is a popular party dish and you’ll often find this at special occasions and family gatherings. Introduced by the Indian immigrants who came to work on the sugar plantations, curry quickly became an inseparable part of the country’s culinary identity. Different from traditional curry, Jamaican curry goat is heavy with allspice. Best with some rice and peas!

Ackee and saltfish is regarded as the national dish of Jamaica. But we’re not gonna lie – it is an acquired taste, especially with its soft texture. Made with ackee, the national fruit of Jamaica and salted codfish, the dish is usually served as breakfast, alongside breadfruit, hard dough bread, dumplings, or boiled green bananas. Think of it as the breakfast for champions – Usain Bolt often starts his day with it!

Perhaps one of the most (if not the most) famous Jamaican dish, you can find jerk chicken almost every corner on the island. The name comes from the Jamaican jerk seasoning, a flavourful spice mixture that marinates the chicken, as well as the method of cooking known as ‘jerk cooking’. From roadside stands to gourmet restaurants, you can find jerk cooking and seasoning almost anywhere a significant population of Caribbean descent exists.

We’re not gonna lie, Jamaican food sure has interesting names! Run down is a Jamaican fish stew, traditionally cooked in coconut milk, onions, garlic, and tomatoes until everything comes together. It’s a traditional Jamaican food many Jamaicans abroad say that they miss most. Run down is usually made with cod or mackerel, and it’s called ‘run down’ because the fish is cooked until it is so tender it simply falls apart.

Pepper pot soup is a dish you can find in many parts of the Caribbean. However, Jamaica’s version is unique, being that it’s the only variation made with callaloo! Callaloo is an indigenious leafy green. Traditionally, it is boiled and then diced or blended into a puree, before being cooked together with chopped yam, okra, pigtail or salted beef. For an added island flavour, some locals add coconut milk, scotch bonnet peppers and pimento berries too!

This is Jamaica’s twist on rice and beans. Even though the name says ‘peas’, the rice is usually cooked with kidney beans and spiced with coconut milk, scallions and thyme. Rice and peas is a staple in Jamaican food and the perfect accompaniment to most meat dishes you see here!

Oxtail is usually one of the more expensive Jamaican food, but locals will say it’s worth every penny. It is often served for special occasions and it takes patience and many hours of slow cooking. But the end result is a hearty stew dish with tomatoes, beans, black pepper, and spices that you are sure to never forget.