HomeFood7 Traditional Italian Desserts You Have to Try

7 Traditional Italian Desserts You Have to Try 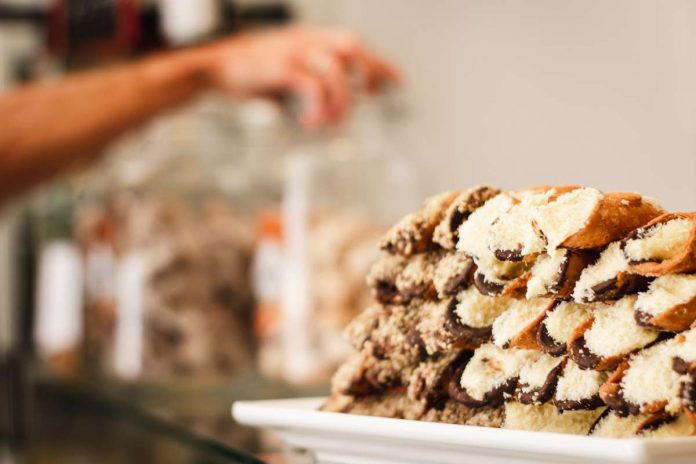 Italian cuisine is renowned throughout the world, but most people are more familiar with the savoury mains such as pizza and pasta. And apart from tiramisu and gelato, there are many Italian desserts and sweets to offer to those with a sweet tooth. Here are seven traditional Italian desserts to try next time you’re in Italy!

Arguably the most famous Italian dessert, tiramisù has its origins in northern Italy and it is available all throughout Italy today. Made with savoiardi dipped in coffee and layered with a rich cream of mascarpone cheese, eggs and sugar, sometimes the dessert also includes a drop of liqueur. Today the dessert is so popular, it’s been adapted into different varieties of cakes and other desserts.

Sfogliatella means ‘small, thin leaf’. Native to Campania in Naples, this pastry’s texture resembles stacked leaves. The original recipe was created by a nun, who invented a way to use up leftover semolina. The beautiful shell shaped pastry is made with dough brushed with fat, then rolled into a log like a Swiss roll, but with many more layers. Disks are cut from the end and shaped to form pockets, then filled with orange-flavored ricotta, almond paste, or candied peel of citron.

Like many traditional Italian desserts and food, sbrisolona also uses what were known as ‘poor’ and local ingredients. A classic dessert of Mantua, Lombardy, this cake has been prepared by local farmers as far back as the sixteenth century. It is traditionally made with cornmeal, chopped hazelnuts and lard. Today, it’s made with a mix of corn and white flour, almonds and a generous amount of butter. The cake is known for its crumbly texture, and is best with some grappa or Vin Santo.

Panna cotta is probably also familiar to many of us and needs no introduction! Made with sweetened cream thickened with gelatin, it has its origins in the northern Italian region of Piedmont. Sometimes the cream mixture is infused with spices such as vanilla or coffee and often it is topped with caramel, chocolate or a fruit coulis. A great panna cotta should be rich, and thick, along with a satisfying wobble.

Babà are delicious sponge cakes soaked in a sticky, citrusy and boozy syrup. Although Italians often link babà with the city of Naples, this sweet treat traces all the way back to Central Europe, in the Duchy of Lorraine. There, former King of Poland Stanislas Leszczynski had the idea of soaking a dried out kugelhopf in liqueur. The soaked cake was so well-received that a few years later, French pastry chef Nicolas Stohrer modified it to create what is now the modern babà. The monsù – chefs who had trained and worked in France – brought the babà to Southern Italy in the nineteenth century. Soon enough, these deliciously sticky cakes became a local speciality!

Cheese and honey are the main ingredients in this Sardinian treat. It is also one of the Italian desserts with humble origins, hailing from the pastoral areas of Sardinia, where sheep’s milk cheese and honey were widely available. These lovely pastries toe the line between savoury and sweet. They are filled with pecorino and lemon zest that melts and oozes after deep-frying and a honey drizzle balances out the flavour while adding a beautiful floral note.

Traditionally prepared during Carnival season, possibly as a fertility symbol, today the ​​cannoli is eaten all year round in the beautiful island of Sicily. It consists of tube-shaped shells of fried pastry dough, filled with a sweet, creamy filling usually containing ricotta. But today you can also find cannoli filled with chocolate, orange, pistachios, and many other ingredients. They are the perfect ending to a Sicilian feast or simple Sunday lunch!

Torta Barozzi may look like any other chocolate cake, but the original recipe has been shrouded in secrecy since it was created in 1886. Originally named the ‘black cake’, it was created by Eugenio Gollini in the small town of Vignola near Modena. A few years later he changed its name to honor Jacopo Barozzi, Vignola’s most illustrious citizen in history. Due to the cake’s success and rising imitations, Gollini’s grandchild decided to register the recipe and the brand name Torta Barozzi in 1948. So yes, there is only one Torta Barozzi with 19 outlets throughout Italy.