HomeTours5 Haunted Tours In The World Not For The Faint Hearted

5 Haunted Tours In The World Not For The Faint Hearted 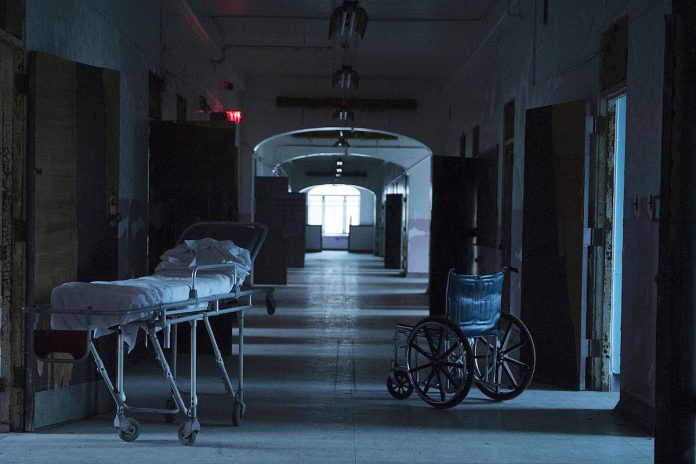 Looking for a ghostly encounter? These haunted tours from around the world will indulge your appetite for all things paranormal. They will not only give you a lesson in history, but also send shivers down your spine. Some of these haunted tours will even allow you to stay overnight and communicate with the dead with ghost-detecting devices!

From underground vaults in Edinburgh to an abandoned sanatorium in Kentucky, are you brave enough to take on these haunted tours?

1. City of the Dead, Edinburgh, Scotland

The Underground City was built in 1788 as storage space and workshops for businesses near the South Bridge. However, it was poorly done and water from the surface would leak down into the vaults. They were abandoned in 1795 and became slums, where the city’s poor lived in utter misery with poorly circulated air, no sunlight, running water, or sanitation. Crime was widespread and by 1820, the leaking became so intense that even the squatters left.

This City of the Dead tour is known as one of the most exciting haunted tours in the world. It ventures into the most haunted section of Edinburgh’s legendary Underground City. This part of the South Bridge Vaults is known as Damnation Alley, with good reason. Word has it that a malevolent presence known as the South Bridge Entity stalks the dark tunnels. This tour is not for the faint-hearted – guests have received unexplained bites, burns and scratches!

Covid-19 update: Due to lockdown measures, public tours are currently not running. Only private tours are available for groups of up to 15.

Known as Australia’s most haunted house, Monte Cristo Homestead is a late Victorian manor, built by local pioneer Christopher William Crawley in 1876. The house was passed to his wife upon his death in 1910. Unable to move past from his death, Elizabeth spent the rest of her life as a recluse, only leaving the house twice before her death. Her ghost is said to haunt her former home, and a string of violent events in the house have also triggered other supernatural events.

Learn more about this manor in this ghost tour, which begins with a home-cooked meal followed by a 2.5-hour tour throughout the main homestead, servants’ quarters, stables and ballroom. As you tour this Victorian homestead by candlelight, you will decide for yourself if spirits walk the hallways. Hear stories of the past and present, while experiencing the energy of the house and it’s “inhabitant”. Then, spend the night if you dare…

Waverly Hills Sanatorium is notorious for being one of the most haunted places on Earth. Opening its doors in 1910 in Louisville, Kentucky, the sanatorium was made to hold 40 to 50 tuberculosis patients while they isolate from the public and recover. But tuberculosis was becoming an epidemic, and the sanatorium was housing up to 140 patients at one time. It’s safe to say that these walls have been through a lot and it’s no wonder why it’s haunted. Pretty spooky to think about how much must have gone on in Waverly Hills Sanatorium!

Today, different types of tours are available to the public. From a daytime historical tour, to a bone-chilling two-hour paranormal tour. Or, take part in a 6-hour investigation that allows for free roam of individual floors and a chance to capture paranormal evidence. To take it a step further, a private investigation with your crew also comes with the option to set up your sleeping bags within the Waverly Hills property.

The former residence of Mrs Sarah Winchester, who was allegedly haunted by the spirits of those killed by the Winchester rifle. After her husband passed away, a psychic told her that to evade the spirits, she would have to buy a home out west and build nonstop. At its height, the Winchester Mansion had over 160 rooms and 40 bedrooms, 10,000 windows, and two basements. There are stairways that lead nowhere and not all the doors can be walked through. Mrs Winchester also slept in a different room each night, all in a bid to confuse the spirits.

An earthquake damaged the mansion in 1906 and construction only stopped after Mrs Winchester’s death in 1922. Today, the mansion still retains unique touches that reflect her beliefs and preoccupation with warding off malevolent spirits. Due to Covid-19, tours now adhere to social distancing protocols. You can even tour the mansion in the comforts of your home with an immersive 360° tour!

The most haunted fort in India, the story behind it begins with the beautiful princess Ratnavati. A tantrik priest fell in love with her, but knowing that he did not stand a chance, tried to cast a spell using a bottle of perfume to make her fall in love with him. Ratnavati came to know of this and threw away the bottle, which became a boulder, crushing the tantrik priest. Before he died, he cursed the princess, her family, and the entire village. The next year, a battle between the forces of Bhangarh and Ajabgarh led to the death of Ratnavati and most of the army. Apparently, it is due to this curse that no one in this village can be reborn. And if any villager tries to build a roof over the fort, it mysteriously collapses.

Bhangarh Fort is now an archaeological site aka the ‘House of Ghosts’. You can hire a local guide to take you around the site and tell you more about its eerie past. However this is only available in the daytime, as locals believe anyone who visits in the night will never be seen again.