HomeEngland6 Harry Potter Attractions In London For Any Potter Fan

6 Harry Potter Attractions In London For Any Potter Fan 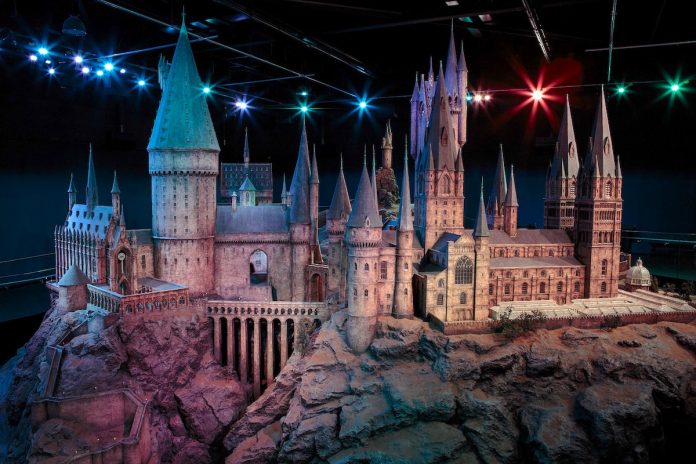 Hey muggle, so you’ve made it to England, the birthplace of Harry Potter. Filled with magic, there’s no better way to experience the witchcraft and wizardry than through Harry Potter attractions in London.

Follow in the footsteps of Harry, Ron and Hermione as you make your way through interactive experiences, Platform 9 ¾, and original film sets. Maybe you haven’t received your Hogwarts letter, but that doesn’t mean that you can’t experience a slice of life in Hogwarts. These Harry Potter attractions in London will transport you from the muggle world and into the magical world you know and love.

Begin your journey by departing from Platform 9 ¾ in London’s King’s Cross station. You’ll find it before you enter any of the platforms, to the far left of the main electronic departures board.

Today, Platform 9 ¾ is a full-blown tourist attraction with long lines, a gift shop, and even professional photographers! So if all else fails, just look out for the crowd. You can have a professional photo taken for about £10, but it’s free if you have a friend or ask someone to take your photo for you. Want to avoid the crowd? Platform 9 ¾ is open between 5am to 1am, so we recommend coming early in the morning or late at night.

When it was just constructed and opened to the public, heavy winds over the Thames and the amount of people on it caused the bridge to shake and buckle uncontrollably. While the real bridge never collapsed as it did in the film, it sure came very close to it!

The muggles know it as “Charing Cross Road”, but we call it Diagon Alley. This is where you can get all your Hogwarts supply, including cauldrons, owls, and your very own wand! In the muggle world however, Charing Cross Road is known for its antique shops, specialist and second-hand bookshops which gives the street its intriguing charm.

The entrance to Diagon Alley, the Leaky Cauldron, is in real life an optician shop in Leadenhall Market. You can find it at 42 Bull’s Head Passage, and it is still painted blue like in the movie. Leadenhall Market is one of the oldest markets in London which dates back to the 14th century, and is worth a visit regardless of its Harry Potter ties!

No “Harry Potter attractions in London” list will be complete without a visit to Warner Bros. Studio. This is where the magic of Harry Potter films took place. Take the self-guided tour, where you can step into actual sets like the Great Hall and Forbidden Forest, see the costumes and props the actors used and “meet” the creatures featured in the films.

While you’re at it, fly a broomstick over London (with the help of a greenscreen), try some butterbeer and pick up a souvenir in the gift shop!

5. Spend the night in a Hogwarts-themed room

When Georgian House launched its wizard-themed rooms, word got around faster than you could learn to apparate. The Wizard Chambers is concealed in the lower ground floor of the 19th-century hotel. Pass through a portrait-lined passageway bathed in candlelight to get to your chambers.

Created to conjure a mysterious and gothic feel, each room features faux castle details. Think stained glass windows, stone walls, archways, trunks, cauldrons, and a four-poster bed with velvet curtains. Completing the look are an abundance of other curious artefacts, fireplace and tapestries.

If you can, make sure to catch Harry Potter and the Cursed Child on stage in London. The play, co-written by JK Rowling, is the eighth story in the Harry Potter series. It takes place 19 years after the end of the series and follows Harry and his youngest son, who struggles with his complicated family legacy.

You can catch the play at the Palace Theatre in London’s famous West End. The play is presented in two separate parts, which you can either catch on the same day, or on consecutive evenings.