HomeChina7 Reasons Why You Should Visit Hainan Island 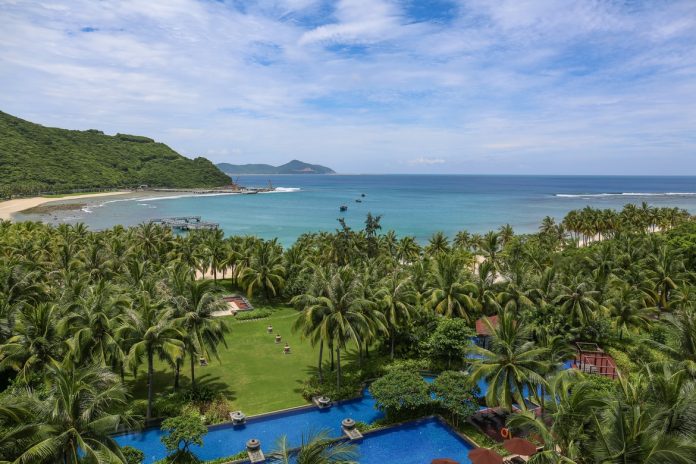 Hainan Island is a destination that often flies under the radar when it comes to a beach holiday. Think of tropical destinations and you’ll have the usual suspects – Bali, Phuket, Langkawi, Tioman…  But rarely will Hainan feature on this train of thought.

China’s southernmost province and the country’s only tropical region, Hainan falls on the same latitude as Hawaii. It is always warm and moderately humid here, and being separate from the mainland, Hainan has its own unique culture and appeal. Instead of planning for a holiday in the typical destinations, why not give Hainan Island a chance to impress you? Here are seven reasons to visit Hainan Island!

With a coastline that seems to stretch on endlessly, Sanya, the southernmost city of Hainan, is a buzzing beach resort hub. Its beaches such as Dadonghai, Sanya Bay and Yalong Bay regularly feature on China’s best beaches lists. The area has numerous upscale hotel resorts with its own private beaches, like Ritz Carlton. But even if you’re not paying for a stay at a five-star beachfront resort, authorities have ensured that parts of the beaches remain free and accessible to the public. For the outdoor-loving individual, you can also dabble in water activities such as surfing, scuba diving, snorkelling and paragliding!

Yanoda Rainforest Park is touted as ‘the Disney World of rainforests’. It is home to China’s longest zip line which will take you soaring above the treetops. There are lots of other activities for a whole day of fun, such as a cliff swing, glass viewing platform, treetop adventure, and even a water trek where you wade up a river in straw sandals, cross obstacles and free climb a six-metre waterfall. Instead of joining a tour, we suggest making a booking by yourself so you can choose the activities you wanna do!

What was once a cluster of over 40 volcanoes is now the Leiqiong Global Geopark. This area consists of the two major volcanoes, Mount Fengluling and Mount Baoziling. Visitors can climb up to the crater’s rim of Fengluling, a 222m peak that last erupted 8,000 years ago. From here, enjoy the most spectacular views over Haikou City and all the way to mainland China almost 20km away. There are also people still living in “lava villages” here, where houses are built of volcanic rock. It’s a great place for hiking enthusiasts and outdoor lovers!

The inhabitants of Hainan Island have historically been diverse, with up to 36 different minority groups. Binglanggu Village is the home of the Li and Miao ethnic groups for over 400 years. Spanning over 600 football fields, here you can learn more about the local tribe’s history and culture. This includes how facial tattoos form a part of their identity, their food, customs, craft and clothing. Don’t miss the 50-minute live cultural show, put together by several hundred performers. They are mostly local villagers, even grandmothers over 70! It’s a lot of fun and a great way to see their traditions come to life.

Mission Hills Resort in Hainan’s capital, Haikou, is the world’s largest mineral springs resort. It’s in the Guinness World Records, so you know it’s legit! There are 168 pools in the resort and they each represent a part of the world and their bath culture, from Rome to Turkey and everywhere in between. The resort also has a luxurious 18-storey hotel as well as a 20-square kilometre golf course. In fact, this is China’s highest rated golf and leisure resort, as well as the world’s largest golf club!

Nanwan Monkey Island state-protected nature reserve for macaque monkeys in Lingshui county. Home to over 2,500 monkeys, the reserve is the monkey paradise thanks to its environment, variety of fruits and plants and numerous grottos. To get here you will need to hop on a cable car (China’s longest oversea cable car!), or take a boat trip and then transfer to a shuttle bus. This attraction is worth a visit if you’re travelling with kids! However it is a Chinese-style reserve, so some monkeys are trained to do tricks and will appear in performances.

And of course, how can we miss out on the food? Make sure to try some Wenchang chicken, which is the original inspiration for the Hainanese Chicken Rice. Hainan coconut rice is also a unique local specialty, where glutinous rice is steamed with coconut meat and coconut juice. It is then put back into the coconut husk, and split into pieces so people can eat it like a watermelon. In addition to coconut rice, Hainan fen is another staple. A sweet and sour noodle dish, it’s cheap and you can find it all over Hainan Island. Ingredients may differ slightly depending on where you are, but typically there will be meat, noodles and some vegetables in there.

8 Chinese Street Food to Try At Least Once