HomeKoreaEverything You Need to Know About Travelling in North Korea

Everything You Need to Know About Travelling in North Korea 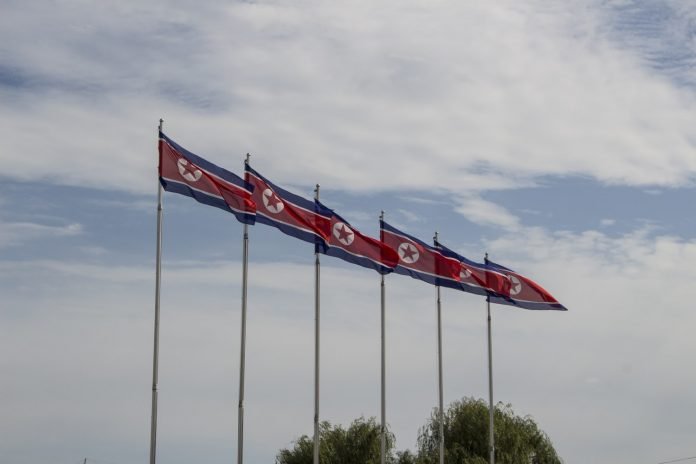 Although it’s not your typical destination, people are intrigued when ‘North Korea’ comes up in a conversation. The hermit kingdom is shrouded in enigma, rumor and controversy. If you’ve been one of the few to venture into the DPRK, then you know that everyone wants to hear all about it. What was it like? Is it safe there? Today, we’ll tell you everything you need to know about travelling in North Korea.

First things first – you cannot travel to North Korea if you’re an American or South Korean, and you should abandon all thoughts of independent travel. Still, North Korea is a fascinating and incredibly unique country. Perhaps you are curious to experience the place for yourself after the travel restrictions are lifted?. First, you must learn all the rules, and be prepared to follow all of them to the letter.

1. No, you cannot walk around on your own

Travelling in North Korea is only possible with an organized tour. Your every movement is carefully planned, controlled and watched by the Government. You cannot leave your hotel or go anywhere by yourself without a guide. This is not a place to ‘explore’ or ‘embark on an adventure’, and breaking the rules can get you deported, or worse, detained. If you are not prepared to accept these limitations on your behaviour and movements, then travelling in North Korea is not for you.

2. You can talk to the locals

It’s quite hard to converse with the locals unless you know Korean, as most locals do not speak English. And if you do speak Korean, we expect that the authorities will keep a closer eye on you! Usually, your tour guide will be a go-between in your conversations, and anything more than a basic conversation is discouraged. It’s okay to talk about family, friends, their job or hobbies. Most people will be happy to share about their everyday life! Steer away from sensitive topics such as politics, nuclear weapons, labour camps and the likes.

Most, if not all tour groups will visit the statues of Kim Il Sung and Kim Jong-il in Pyongyang. You will be expected to bow and lay flowers when visiting such monuments of national importance. Always act in a respectful manner around images of North Korean leaders. Do not refer to past or present leaders by their names. For example, if you want to reference Kim Jong-Un, you should call him ‘General’. It is a crime in North Korea to show disrespect towards the country’s current and former leaders. If you violate the law, even unknowingly, you can be expelled, arrested, or imprisoned. As a general rule of thumb, do what your guides do and say good things about every stop on your tour. If you have nothing good to say, then don’t say anything at all.

4. You can bring your phone and take pictures, but…

Previously, foreigners had to surrender their phones at the border before entering the country. As of January 2013, tourists are now able to bring their phones into North Korea. However, your home provider will not work in North Korea, and without a North Korean SIM card you will not have 3G reception. The price of internet access for a foreigner is also incredibly expensive! Just registering your local SIM card and phone alone will cost a whopping US$200. It comes with only 50 MB data, and all further data is charged high at US$0.20 per MB.

On the topic of taking photos, that’s widely rumoured to be a big no-no. However, it is actually okay to do so at your tour guide’s discretion. Always ask if you can take a photo before going trigger happy! Photographing scenes that may create a negative impression of North Korea may result in confiscation of your devices.

5. What if I accidentally say or do something wrong?

Make sure you adhere to all the rules of what you can and cannot do covered in your pre-tour briefing. If you accidentally make a small mistake, such as taking a photo of somewhere you shouldn’t, you will be reminded politely. If it happens again, a slightly less patient telling off will occur. Anymore than that, it will be presumed that you are doing it deliberately and you can expect a more severe telling off. In severe cases, you may have your belongings confiscated, or asked to leave the tour.

There are items that you cannot bring into North Korea. This includes bibles, religious materials, anything in the Korean language, country flags, pornography, books or media that may present an alternative influence to those in North Korea. Make sure to check your phone, laptops and devices and ensure that there are no sensitive materials before entering into North Korea!

7. Bring enough cash with you

Travelling in North Korea is not really a leisurely activity. You might think that you will get bored in the hotel since you can’t walk around by yourself. But the truth is North Korea tours start early on most days and don’t finish until 9 pm, so there’s hardly any time for boredom. Chances are, you’ll want to have a good rest by the end of the day.

North Korea is nothing like you read about in the media. Of course, some things are true, but only a very small part of North Korea reflects in the media. Expect to be surprised, underwhelmed, overwhelmed, confused, excited… And everything in between. There will be times where you wonder if the scene before you is ‘real’. If something darker is lurking behind the contentment of the guides and people you come across. That’s normal. Travelling in North Korea will need an open mind, as well as one that is willing to follow everything by the book. If what you’re looking for is to find out more about the country, you will definitely learn a lot. But, you will also leave with more questions than answers, and for some people, it’s what keeps them coming back.