HomeJapanEverything You Need to Know About Climbing Mount Fuji

Everything You Need to Know About Climbing Mount Fuji 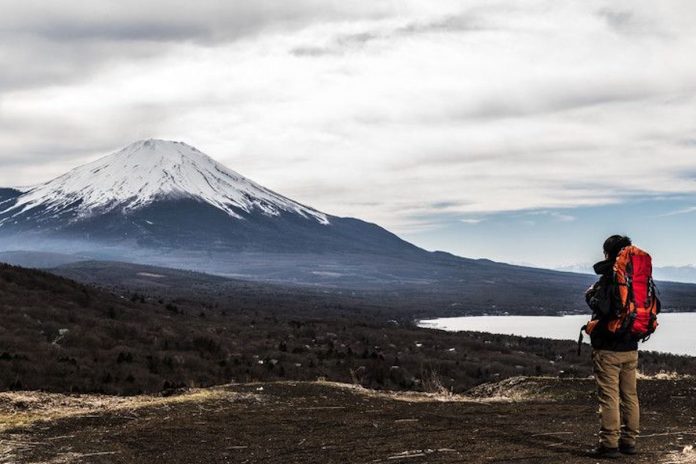 Most people admire the views of Mount Fuji from a distance. There’s no doubt that the majestic mountain looks beautiful from far, but climbing Mount Fuji and reaching the summit is also quite an experience to boot!

In this guide to climbing Mount Fuji, we’ll cover everything you need to know. From the best time to climb Mount Fuji, how long it takes and what you need to prepare, read on to find out more!

While there is usually no snow on Mount Fuji from late June to October, temperatures at the summit can drop to sub zero degrees outside of the official season. Only experienced hikers should consider climbing Mount Fuji during this time. If there is snow on the mountain, then appropriate equipment and experience is required.

From October to mid June, climbing to the summit is dangerous due to extreme wind and weather conditions, as well as a risk of avalanches.

We’re not gonna sugarcoat it – Mount Fuji is not an easy climb. The hike can take anywhere between 5 to 10 hours, depending on which trail you take (more on this later). And at 3,776m high, there is some serious elevation gain and altitude sickness is possible. Considering the fact that the terrain is rocky and steep for the most part up, and the trail down is slippery with loose rocks and pebbles, you should at least be at an intermediate level of fitness.

In short, climbing Mount Fuji is not something you should attempt without some physical conditioning. Start with some cardio training! Get ready a backpack, load it up and climb some stairs to stimulate conditions of the actual hike. You may also want to get into some strength training. To help you along, here is a detailed fitness guide!

There are four main trails that lead to the summit of Mount Fuji: Yoshida, Fujinomiya, Subashiri, and Gotemba trail. Each trail has a 5th station, at which point cars may no longer advance. During the climbing season, access to some 5th stations are also closed to private vehicles, but there are shuttle buses serving them daily.

Yoshida Trail is the most popular Mount Fuji trail. Most climbers start from the Fuji Subaru Line 5th Station, aka Yoshidaguchi 5th Station or Kawaguchiko 5th Station. It is well-developed and the easiest to access by public transportation from Tokyo.

Some sections along the Yoshida Trail can get crowded during the climbing season, but there are also lots of mountain huts along the way. Moreover, it offers good views of the sunrise for those who cannot make it to the summit in time. Ascent via the Yoshida Trail takes about five to seven hours, while the descent is about three to five hours.

Fujinomiya 5th Station is the second most popular fifth station, being the easiest to access from western Japan. At 2,400m above sea level, Fujinomiya 5th Station is the highest fifth station, making Fujinomiya Trail the shortest route up Mount Fuji. The ascent takes about four to seven hours, while the descent takes about two to six hours. There are about half a dozen mountain huts along the way. It is the only trail that does not have a separate ascending and descending trail, which means it can get crowded during climbing season.

However, Fujinomiya Trail also offers a shorter hiking trail to Hoeizan, a nearby secondary peak on the southeastern slope of Mount Fuji. From its 2,693m peak, Hoeizan offers an unobstructed, panoramic view of the Pacific Ocean, and even as far away as Tokyo on a clear day.

Subashiri Trail offers an alternate, much shorter hiking trail to a small peak called Kofuji, a secondary peak at 1,979m. The trail to the summit of Mount Fuji is also not as crowded, until it joins up with the Yoshida Trail at the 8th Station. However, the Subashiri 5th Station is far less developed with just a parking lot, toilets and two small shops and restaurants.

At 1,400m above sea level, the Gotemba 5th Station is the lowest of all fifth stations, making Gotemba Trail the longest trail, but also the least crowded. The ascent to the summit takes seven to ten hours, and takes you along an exposed trail of volcanic gravel. There are only a few mountain huts around the 7th and 8th stations.

However, the terrain becomes an advantage during the descent. A section of the trail, Osunabashiri (‘great sand run’), is a wide, straight path where you can literally run down. In just a few minutes, you can cover distances that took you hours to hike up, thus making the descent only about three to six hours.

Most hikers would time their ascent in order to reach the summit by sunrise, which is around 4.30-5am in the summertime. Also, the chances of the clearest views are highest during the early morning hours.

The most popular way to do this is to make the ascent to a mountain hut around the 7th or 8th station on the first day, spend a few hours sleeping there before continuing to the summit early on the second day.

Another way is to start climbing the mountain in the late evening from the 5th Station, and hike through the night to reach the summit around sunrise. Without any rest, this is much more taxing on the body. It is also not recommended because of an increased risk of altitude sickness.

No matter which trail you are taking, you should secure accommodation in a mountain hut before starting your climb. Don’t expect hotel amenities here – accommodation on Mount Fuji is quite primitive. You will be sleeping in a large dorm-style room with futon and blankets or sleeping bags provided.

The weather conditions on Mount Fuji can change drastically at different points of the hike, so wear clothing that can keep you out of the cold but also you can layer easily. And of course, proper footwear is a must.

Since you’ll be doing part of the hike in the dark, having a light source would be useful. Most people use a headlamp since it frees up their hands.

Food and water are essentials, especially on trails where there are few mountain huts. Those that are available will also sell various meals and drinks, but keep in mind that prices increase with the altitude!

Carry some cash with you in case you want to purchase provisions like water or canned oxygen, or to use the toilets along the way. It’s also important to have some cash should you need to seek emergency shelter in one of the mountain huts!

If you’re worried about getting altitude sickness, you can purchase medication from Singapore or Japan before starting the hike.

Hiking sticks are not essential, but many people purchase them before starting the hike at the 5th stations. They also make for great souvenirs after your climb, as you can get them stamped along the way at mountain huts to mark your progress!