HomeFood10 Different Types of Donuts From Around the World

10 Different Types of Donuts From Around the World 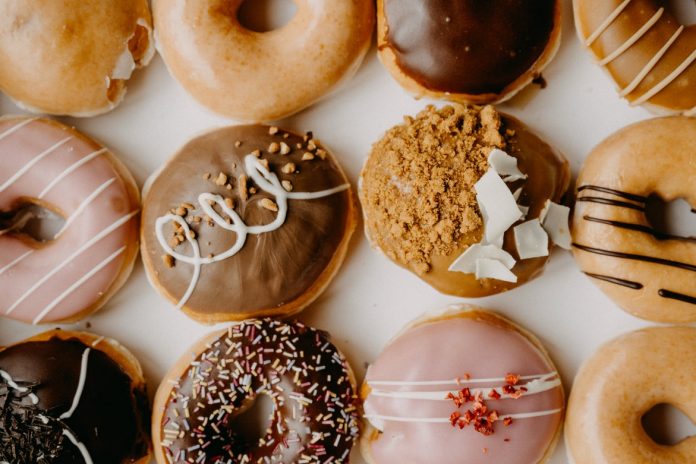 There are just some foods that are enjoyed by different cultures in the world, like tea, or sandwiches, and donuts! In fact, you can find some form of fried dough and different types of donuts on every corner in the world. They’ve been eaten for so long that fossilized pieces have been found at archeological sites! However, not all donuts are like the glazed, fluffy and sugary Krispy Kreme that we know with a hole in the middle. As you’ll come to find out, different cultures have their own version of donuts, and all these types of donuts will leave you drooling for sure!

Often referred to as the ‘Chinese donut’, youtiao is a fried dough stick that is usually more savoury than sweet. They are a popular form of Chinese street snack and breakfast item, where people would split them into two and dip it into soy milk, or eat them with porridge.

Japan’s version of donut comes in a ball and filled with red bean paste. Want to try one in Japan? Head to one of the many Mister Donut outlets, where they’ve been serving an-doughnuts since 1983.

The Dutch’s fried dough snack is the Oliebollen, which translates to ‘oil balls’. These little delights are usually filled with raisins or candied fruit, then finished with a dusting of powdered sugar. They are most commonly enjoyed in the winter and during the holidays.

Also known as ‘nun’s farts’, or euphemized as ‘nun’s puffs’, these little farts are far from being offensive. In fact, they are quite heavenly and come with or without a cream filling. It’s a mystery why they’re named that way. Maybe nuns’ farts smell like freshly fried dough.

Here’s something similar to the jelly donut! The German Berliner is made with a marmalade or jam filling and powdered sugar on top. They can also be made with chocolate, champagne, custard, mocha, or advocaat filling, or with no filling at all. If you want to send some to your enemy, a popular prank is to fill the Berliner with mustard instead.

Wow, what a mouthful. The bolas de fraile con dulce leche is a rendition of German Berliner. When the Germans brought the pastry to South America, the Argentinians put their own spin on it by filling the fried ball of dough with dulce de leche.

Churros is one of the most popular types of ‘donuts’ or fried dough, since you can find them in so many parts of the world now. In Spain, they’re a breakfast food while in Mexico you can get them at any time of the day with chocolate to dip it in. In Cuba, they are often filled with guava, and other countries with dulce de leche.

A traditional Hebrew dessert, sufganiyot are synonymous with Hanukkah and made with different cream and jelly fillings. A popular Israeli folktale holds that ‘sufganiyot’ comes from the Hebrew expression “Sof Gan Yud-Heh”, which means ‘the end of the Garden of the Lord’. According to the folktale, the Lord comforted Adam and Eve with sufganiyot when he had to throw them out of the Garden. Not sure how much truth there is in that, but the pastry itself sure brings lots of joy.

The Koeksister is made by frying plaited dough in oil, then dipping it into ice cold sugar syrup.  They are very sticky and sweet with a golden crunchy crust, liquid syrup centre, and taste like honey.

The Vietnamese version of fried dough is made from glutinous rice flour and covered with white sesame seeds. Its filling is made from mung bean paste scented with a little jasmine flower essence. Traditionally, the filling and the shell are separated, so that if you shake the bánh rán, you can feel the filling rattle inside of the shell!