HomeFoodSake 101: 8 Different Types of Sake to Try in Japan

Sake 101: 8 Different Types of Sake to Try in Japan 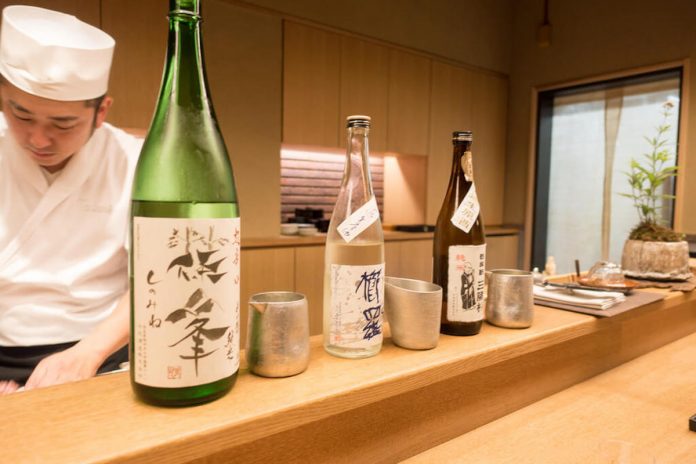 A trip to Japan would not be complete without tasting different types of sake! Before we delve into the colourful world of sake, let’s talk about what is sake exactly. Because according to where and who you ask, you may get different answers!

To the rest of the world, we know sake as the Japanese rice wine that we get at our local Japanese restaurants and izakaya.

But if you ask for sake in Japan, you may be met with a puzzled look! This is because ‘sake’ actually means all types of alcoholic beverages in Japan, including beer, wine and the likes. In Japan, what we know as sake is actually nihonshu (日本酒).

For the sake of this article (pun not intended), we’ll be referring to nihonshu as sake. Now that we’ve got that out of the way, let’s go on to dissect the different types of sake so you’ll know what to order when you’re in Japan!

There are two basic types of sake: futsū-shu (普通酒, ordinary sake) and tokutei meishō-shu (特定名称酒, special designation sake). We’re no sake connoisseurs, but futsū-shu is probably the only sake we’ll ask you to pass on. Also known as table wine, futsū-shu is made with rice that is barely polished. So unless you want a meh flavour and a bad hangover, you should read on about tokutei meishō-shu!

Anything with ‘junmai‘ on it means that it is made using only rice, water, yeast, and koji. There are no other additives, such as sugar or distilled alcohol. Junmai is an important term in the world of sake, as it separates pure rice sake from non-pure rice sake. But just because a sake is not junmai doesn’t mean that it is inferior. Like we shared above, distilled alcohol can help create a very smooth and aromatic drink! Pure junmai sake tends to be rich, full-bodied with an intense, mildly acidic flavour. They are best enjoyed warm or at room temperature.

Honjōzō-shu is made with rice that has been polished to at least 70 percent. It also contains a small amount of distilled alcohol, which smooths out its flavour and aroma. Honjōzō sakes are often smooth and light, and can be enjoyed both warm or chilled.

Ginjō-shu is made with rice polished to at least 60 percent. It also uses a special type of yeast and fermentation method. Making the sake is often labour-intensive, but the result is a light, fruity, fragrant and complex flavour. Best enjoyed cold to retain its aroma and flavour!

Junmai ginjō-shu is basically ginjō-shu but made with pure rice and no additives. Compared to junmai-shu, junmai ginjō sake is sweeter and less acidic in flavour due to the difference in fermentation method.

Tokubetsu junmai-shu is a high quality sake made with special brewing methods with no additives. For a sake to qualify as tokubetsu junmai, the rice has to be polished at least 60 percent. Many believe that there is little difference between tokubetsu junmai and junmai ginjō sake, but the former is more expensive due to the extra special care during the brewing process. Fermentation temperatures are also higher during the production of tokubetsu junmai-shu, which creates a richer flavour profile with more body.

Anything with the word ‘dai’ (大) means that it is super premium sake, and the best of the best. Junmai daiginjō-shu is made with high quality rice, polished all the way down to at least 50 percent. It is extremely labour-intensive to brew. Due to the stringent quality controls and high costs of production, junmai daiginjō-shu is only made in very small quantities. It is very fragrant and complex in flavour, great on its own or with elegant appetizers.

Daiginjō-shu is also premium sake made with top quality rice polished to at least 50 percent, but with some added distilled alcohol. It is similarly labour-intensive and costly to brew, which warrants its premium price point. The delicate flavour of daiginjō sake is best chilled and paired with similarly delicate food, such as fresh seafood, sushi and sashimi.