HomeUnited States4 Colorado National Parks to Get in Touch with Nature

4 Colorado National Parks to Get in Touch with Nature 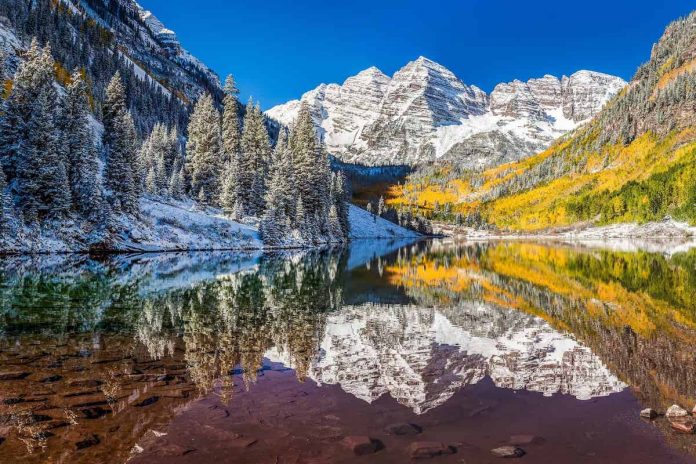 The four Colorado National Parks are home to some of the most breathtaking sceneries in America. Most people would naturally think of the famous Rocky Mountains, but the state has so much more than that. From rolling sand dunes to ancient dwellings, here are the four Colorado national parks to get in touch with the wild side.

Rocky Mountains is undoubtedly the most famous national park in Colorado. It spans the Continental Divide and encompasses various climates and environments: protected mountains, forests and alpine tundra. As the crown jewel of the American Rockies, the park is also home to a wide variety of wildlife. It is most famous for the Trail Ridge Road and the Old Fall River Road, scenic drives that pass aspen trees and rivers, and includes many places to stop and enjoy the scenery. As a mecca for climbers around the world, bouldering, rock climbing and mountaineering opportunities abound. The Keyhole Route, a climb crossing vertical rock faces, leads up to Longs Peak, the tallest mountain in the park. For hikers, a trail surrounding Bear Lake offers views of the peaks.

Unsurprisingly, the park is one of the most popular ones in the National Park System. Crowd sizes have grown so much over the last decade that reservations are now required to enter the park. The best time to visit would be in the summer and fall. Fall colours are spectacular here and elk are very visible this time of year. Come winter, most of Trail Ridge Road will close due to heavy snow, limiting motorized access. Most trails are also for summer use only. However, that’s not to say that there is no winter fun here. Snowshoeing and cross-country skiing are possible from either the Estes Park or Grand Lake entrances. Slopes for sledding are also available at Hidden Valley. Backcountry skiing and snowboarding can be enjoyed by climbing up one of the higher slopes, especially later in the snow season after avalanche danger has passed.

In southern Colorado, Great Sand Dunes National Park is known for its huge sand dunes, including the Star Dune, the tallest in North America. Visitors must walk across the seasonal Medano Creek to reach the dunes in spring and summer. It typically peaks from late May to early June but from July to April, the creek is usually no more than a few inches deep, if there is even any water at all. It is home to different ecosystems like alpine tundra, subalpine forests, montane woodlands, and riparian zones. The backcountry Medano Pass Primitive Road winds through a canyon toward the Sangre de Cristo mountains. Trails lead to forests, wetlands and alpine lakes like Medano Lake, which is home to tundra wildlife and trout.

Hiking is permitted throughout the dunes, however sand surface temperatures may reach up to 150°F (66°C) in summer. Sandboarding and sand sledding are also popular activities, and the equipment can be rented just outside the park entrance or in the nearby town of Alamosa. Thanks to its remote location, you won’t have to deal with big crowds here which is becoming more of an issue in the many once-quiet parks. The best time to visit would be in late summer. With fewer bugs and lower temperatures, it makes for an enjoyable camping and hiking experience.

Mesa Verde National Park in southwest Colorado is known for its well-preserved Ancestral Puebloan cliff dwellings, most notably the Cliff Palace. A guided tour is required and very enjoyable as you learn all about the history of Masa Verde. It does involves 120 uneven stone steps and climbing five, eight to ten foot (2.5 to 3m) ladders on a 100 foot (30m) vertical climb. The Chapin Mesa Archeological Museum is also a great place to learn about ​​Ancestral Pueblo life. Mesa Top Loop Road winds past archaeological sites and includes panoramic canyon views.

Hiking in Mesa Verde National Park is allowed only on designated trails, and you cannot enter into cliff dwellings unless you’re with a park ranger. You can also stay within the national park – Far View Lodge provides a peaceful retreat with panoramic views, wildlife watching and stargazing opportunities. If camping is more of your thing, then check out the Morefield Campground. The best time to visit Mesa Verde National Park is in spring and fall, when the weather is pleasant. There are also fewer visitors as compared to the summer season.

This national park usually flies under the radar, but it is definitely not any less spectacular. The Black Canyon is named so as its extreme steepness makes it hard for sunlight to penetrate its depths. A visit here exposes you to some of the steepest cliffs, oldest rock, and craggiest spires in North America. With two million years to work, the Gunnison River, along with the forces of weathering, has sculpted this vertical wilderness of rock, water, and sky.

The Denver and Rio Grande Railroad once provided passage through the Black Canyon. Today, parts of the railroad remain, and there is also an informative railroad museum and ranger talks throughout the park. The park is very remote, which means a lack of crowd, but the nearest services are also quite a distance away. You’ll have to bring along with you everything you need on a visit here. The best time to visit is summer, since the North Rim roads, ranger station and the main road on the South Rim are closed from November till mid-April. However, winter presents activities such as snowshoeing, cross-country and downhill skiing.