HomeChina8 Chinese Street Food to Try At Least Once

8 Chinese Street Food to Try At Least Once 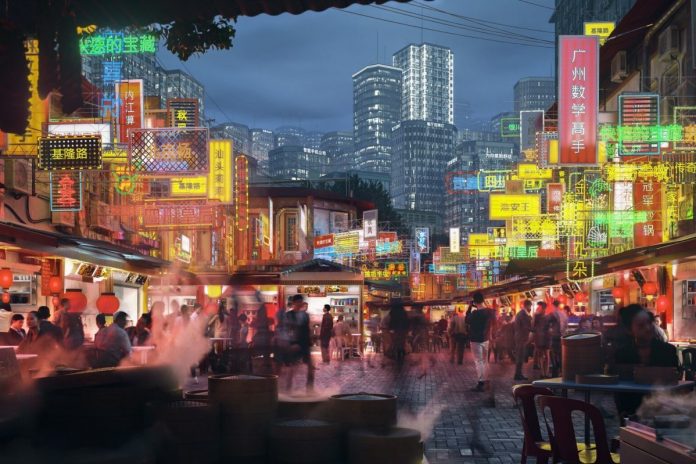 When in China, the number one thing to do is to eat your way around. As such a big country, travelling here is as much of a journey for the tastebuds as it is a history lesson. There are endless options when it comes to Chinese street food. From jiaozi to jianbing, here are some of the best Chinese street food you have to try.

Dumplings are common Chinese street food. Usually filled with veggies and meat, you’ll find these bite-sized parcels just about everywhere, from train stations to food markets. They are also very versatile, and you can find steamed, pan fried and deep fried versions. Shaped like ancient gold ingots, it is believed that eating dumplings will bring you good fortune. Today, making dumplings is a family-bonding activity, especially in the run-up to major festivals like Lunar New Year.

If you’re out and about in the morning and spot locals swarming around puffs of billowing steam, chances are, you’re at a baozi stall. A popular breakfast item, baozi are steamed buns. They are heavier than jiaozi, so you’ll usually just need one or two. The best part about them is that they come with different kinds of filling, from savoury ones like meat and veggies, to sweet ones like red bean paste.

Shaobing is a type of baked layered flatbread. Originating from Northern China, today you can find shaobing at different street stalls in China. In fact, different cities and towns have different types of shaobing! Shaobing can be made with or without filling, and with or without sesame seeds on top. A popular breakfast item, shaobing with filling is usually eaten with soy milk or tea, while unfilled ones usually go with steamed eggs or some breakfast meat dish.

Jianbing is another common Chinese street food that’s eaten as breakfast. Like shaobing, the types of jianbing vary by city, though the main ingredients are generally the same. The batter is made of wheat and grain flour, eggs and sauces. It is fried on a griddle and topped with different fillings and sauces. Then, it is folded several times and served. As one of the most popular Chinese street food, jianbing has gone international in recent years. Outside of China, you can find them in London, Dubai, New York City, Sydney and more, sometimes with modifications to suit local tastes.

Roujiamo are kind of like the Western burger, except that the buns are thinner and the meat is flavoured with meat gravy and chilli paste. You won’t find any mustard or ketchup here! Originating from Shaanxi Province, roujiamo is usually made with pork, slow cooked for hours with over 20 spices and seasonings. There are some regional variations, for example in Muslim cities such as Xi’an the meat is usually beef, and in Gansu Province it is usually lamb.

Cong you bing are thin flatbreads layered with scallions and pan fried with oil. They are essentially the Chinese version of pancakes, but made with dough rather than batter, and savoury instead of sweet. It is fragrant with crisp edges yet also a chewy texture, thanks to the many layers that make up the interior. You can find cong you bing both as a street food item and also as a restaurant dish.

Chuan’r originated in the northwestern region of Xinjiang from the Chinese Islamic cuisine of the Uyghur people. It has since spread throughout the rest of the country, most notably in Beijing, Tianjin, Jinan and Jilin, where it is a popular street food. Like kebabs, marinated meat and veggies are grilled over charcoal fires until they are well cooked. They are traditionally made of lamb, but you can also find chicken, pork beef and seafood chuan’r.

After all the carbs and savoury snacks, here’s a sweet Chinese street food. Tanghulu is a traditional snack from northern China. It has been around since the Song Dynasty and remains popular throughout northern China. They are traditionally made with hawthorns coated in a hardened sugar syrup, but street vendors have modernized it using other fruits such as grapes, strawberries, blueberries, mandarins, pineapples, kiwi and bananas. The exterior is crunchy and sweet, while the interior is soft and sour from the fruit.