HomeDiving5 Best Spots For Cave Diving And Caving In Malaysia

5 Best Spots For Cave Diving And Caving In Malaysia 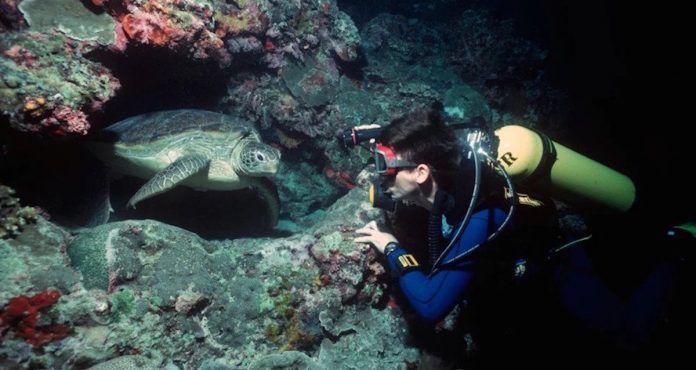 There are different tours of varying difficulties to suit all levels. Some sites for caving and cave diving in Malaysia are easily accessible, while others require special training, equipment and a licensed guide.

If the idea of caving or cave diving in Malaysia appeals to you, here are some places that you should definitely check out!

Located in the Tampin Forest Reserve in Negri Sembilan, your adventure to Batu Maloi will begin with a trek through the forest reserve. The cave system is about 1km long, made up of huge rocks and a stream running through it.

The cave is dark with rays of sunlight breaking through in some places, chilly waters and bats flying overhead. Make sure to bring a waterproof bag to keep your belongings! You’ll be climbing, squeezing and crawling through small gaps between rock formations. An especially exciting part is back crawling through a gap under the cave wall that is partially submerged in shallow water.

Another thrilling part is also swimming underwater from one cavern into the next. The experience takes a few seconds, but it’s both exhilarating and unnerving because it’s dark and you can’t see where you’re going.

This caving adventure is suitable for those of average fitness levels, but you’ll need an experienced guide. So no worries if you run into any difficulties – the guides will create another route for you!

At over 3km long, Gua Tempurung is one of the largest caves in Malaysia. It’s a popular spot amongst caving enthusiasts and adventure seekers, but it’s also a good introductory caving spot for those who haven’t tried caving before and don’t want to get wet. There are four different tours available of different lengths and difficulty.

The first one, Golden Flowstone, is the shortest and most family-friendly. You won’t be getting wet at all, as you’ll be using man-made stairways to get to the Golden Flowstone cavern. No guide is required for this.

Top Of The World is the second option. As with the first one, you will also stay dry. But be prepared for a lot of stairs (~650 steps)! This tour will take you to all five caverns within the cave system.

In the third tour, you’ll begin the same way as tour 2, but instead of going out the way you came, you’ll get to wade in the underground river! Crawling on all fours and sliding on your bum will be necessary at some spots, and you’ll also be accompanied by an experienced guide.

The Grand Tour is the longest and most challenging out of the four. On this tour, you will go through all five caverns as well as the east side of the cave with a guide. There will be water up to chest level when you go back via the underground river. You will also need to crawl, climb and squeeze yourself through small openings and tunnels!

Located within Gunung Mulu National Park, Wind Cave is named for the cool breezes blowing through it. The tour will take you through dreamlike forests of stalagmites and columns.

Be prepared for a 200-step climb up to Clearwater Cave and the subterranean river there. The cave itself is vast – more than 200km of passages have been surveyed so far.

Swimming inside the cave is not permitted, but after visiting the caves you can take a dip in the refreshing waters of a sandy swimming spot.

Alternatively, intermediate cavers confident in swimming and rock climbing can opt for a different tour, which will take you on a journey through the ancient underground river.

The adventure includes a longboat ride and begins when you step off the show cave boardwalk into the cool, clear waters. Depending on the water levels you will wade, swim and climb to the far reaches of Clearwater Cave and return via the same passage.

Also within Gunung Mulu National Park, this cave contains the world’s largest natural underground chamber, Sarawak Chamber. At more than 600m long, 400m wide and 100m tall, it is often described as being capable of holding up to ten passenger aircrafts!

Exploring Gua Nasib Bagus and Sarawak Chamber is for experienced cavers only and requires an advanced booking with overnight stay. It is a particularly challenging adventure even for visitors with good fitness.

The circuit is very demanding, beginning with a three-hour hike before reaching the mouth of Gua Nasib Bagus. The guide will assess water levels before entering the cave. If the water level is low enough, the tour will proceed for approximately 900m through a river channel with sheer rock faces of about 50m tall. Towards the end of the river you will need to traverse with fixed ropes for about 200m.  The tour then proceeds up a steep boulder slope to the chamber, which in itself will take about 2 hours!

Located near Sipadan Island in Sabah, these underwater caves are for experienced scuba divers with proper cave diving certifications. Dives must be led by a licenced cave diving guide who is familiar with the location.

The entrance of Turtle Cavern is about 18m underwater. The cave first goes down in a bell shaped descending tunnel which leads to the second chamber. From there, there is another tunnel that connects to the Turtle Tomb.

You’ll find a thick layer of dust on the cave floor, from the many turtle skeletons found here. Some believe that the turtles go there to die peacefully, others think that they enter the cave and are unable to find their way out. Regardless, it makes for a pretty eerie sight deep within the reef.

There are only three resorts that can bring you into Turtle Cavern and Turtle Tomb: Mabul Water Bungalows, Sipadan Mabul Resort, and Seaventures Dive Rig.

7 Highlands in Malaysia to Visit That’s Not Just Genting