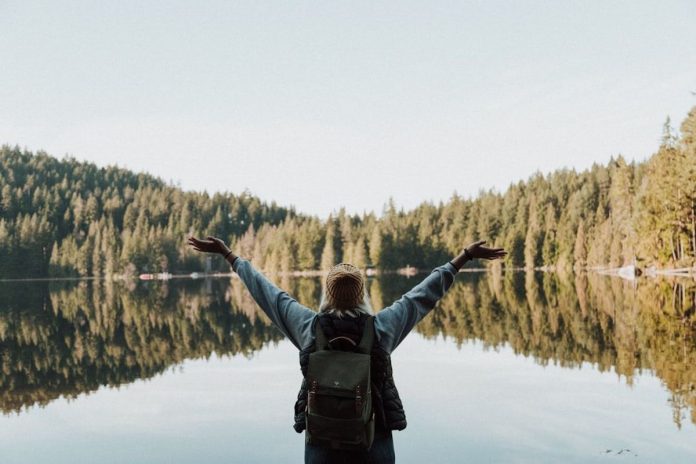 Travelling solo is a beautiful experience. You learn so much about yourself, other people, and the world around you. In a world where equal rights is not afforded to everyone, solo female travel continues to be an act of bravery. While I dream of the day where women will feel safe anywhere and everywhere, the reality right now is that there are some places that are safer than others. Read on for the best destination for solo female travel!

For the 13th year in a row, Iceland comes in as the safest country globally in the Global Peace Index. The land of fire and ice has a very low level of crime, thanks to the high standard of living and strong social attitudes against crime. Locals even leave their car running while they make a quick dash to the grocery store! So rest assured that this is one of the safest places for solo female travel. Its beautiful natural sights are the star of the show, but the capital Reykjavík, is also very charming with its attractions and colourful nightlife scene.

From the breathtaking mountain views, wildflower meadows and picturesque train rides, Switzerland is more than just a beautiful place. It also consistently ranks as one of the safest countries in the world! Want to see the Swiss Alps, look at beautiful architecture in Bern, or immerse in its cultural diversity? Many solo female travellers have only had good things to say about their travel experiences.

New Zealand is a wonderful country to explore independently and embark on solo female travel. Adventure awaits in its beautiful landscapes, and it’s the perfect destination for those who love adventure, sports, nature, or all of them. If you’re a Lord of the Rings fan, make sure to check out these LOTR tours! As a solo female traveller, these experiences are a great way to meet fellow like-minded people.

For solo female travel, you can’t pick a safer place than Singapore. Thanks to its severe penalties, this city state has one of the lowest crime rates in the world. It is extremely diverse for a small city, and it’s a great jump off point for further travels in Southeast Asia. If you love shopping and food, Singapore is sure to delight on these fronts.

Taipei offers an intriguing mix of history without sacrificing on modern comforts. You can easily go from indulging in street food in night markets and exploring temples, to skyscrapers and malls. Crime is low in the country, and the metro system also has Safe Waiting Zones on the platforms. These are specifically to protect female passengers at night and monitored closely over video feed.

Known for its liberal lifestyle and super chill vibes, Amsterdam is a great place to explore independently. It is one of the best destinations for solo female travel in Europe and you can do plenty of things by yourself. It’s easily walkable, there’s great public transit, and there are plenty of hostels with female-only rooms. Perhaps the biggest concern here is catcalls and street harassment, but it’s rare compared to other parts of Europe!

Where age-old traditions coexist with advanced technology, Japan is a phenomenally safe country to travel. It’s a place where if you forget your wallet on a bench, you can come back an hour later and see that it’s still there. Children ride the trains on their own and you can walk at night without looking over your shoulder. The only thing where females should be vigilant is riding the train during rush hour – if you have to take the train, we recommend riding in a female-only carriage.