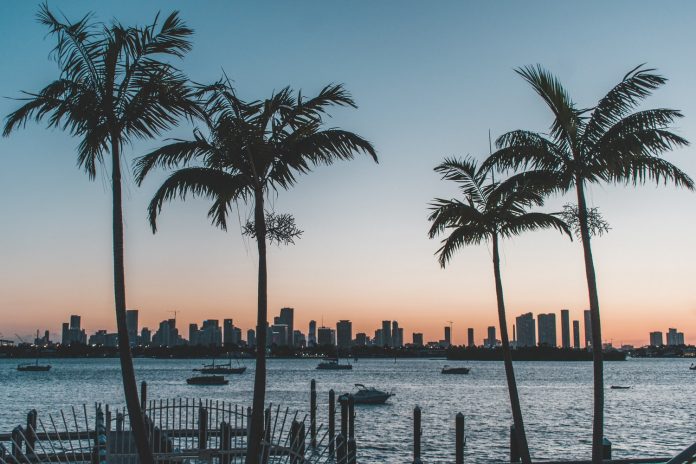 The Sunshine State is home to some of America’s most beautiful attractions. Apart from pristine beaches, a colourful nightlife and of course, theme parks, there is so much more beyond the usual touristy landmarks. Take a tour of some of the most beautiful places in Florida, from the north down to Key West.

Key West is hands down, a must-visit in Florida. It is the southernmost point in continental U.S and the former home of Ernest Hemingway. It isn’t just one of the most beautiful places in Florida – it’s one of the most beautiful places in the world. Known for its pastel, conch-style houses which gave rise to its unofficial name of Conch Republic, Key West is edgy, intriguing and authentic. If you’re a sunseeker, Key West is better known for its diving, snorkelling and coral reefs than its beaches. If you wanna embrace life on land, the rowdy bars on Duval Street will keep you entertained, along with street performers in Mallory Square.

Mexico is not the only place with beautiful cenotes. Here in Florida, Devil’s Den is one of North America’s most prehistoric places. This underground spring with its glowing turquoise water is at a constant chilly 22°C. For a few hours in the day, sunlight comes through a hole in the roof, giving the underground cave an ethereal feel. Today, Devil’s Den is a scuba diving training and recreational facility. If you are certified to dive, the world underwater is truly magical. However, you need not be a scuba diver to appreciate this beautiful spot. Snorkelers are welcome in this natural wonder too! Devil’s Den is quite possibly the most stunning water attraction that isn’t a beach.

The coastal mangroves, sawgrass marshes and pine flatwoods that make up the Everglades are home to hundreds of animal species. This includes snakes, alligators, panthers, crocodiles and manatees! If you’re up for experiencing Florida at its wildest, the Everglades provides plenty of space for outdoor adventure. You can explore the national park via watercraft, or journey on foot or by bike through its inland trails. The park is vast, and there are different entry points: Flamingo in the southwest, Shark Valley in the northeast, and Gulf Coast in the northwest.

If you like quiet and peaceful rather than rowdy parties, Sanibel Island will be right up your alley. Here, the favourite pastime is the ‘Sanibel Stoop’ or shelling – collecting seashells on the sand! For the prettiest seashells, head over to Bowman’s Beach or Blind Pass Beach. You get the sense that seashells matter more than actual dollars here, and you won’t find high rise buildings or overcrowded tourist spots. In fact, even the public beach has limited parking spaces, done intentionally to prevent crowding. If that’s not quiet enough for you, hop on a boat to ​​Cayo Costa State Park, an island with nine miles of beautiful beach, acres of pine forests, an abundance of seashells and barely any people.

Florida is known for its powdery white sand beaches, but just south of Jacksonville you’ll find a beach more golden than it is white. Most people would pick the more lively spots like Atlantic Beach or Ponte Vedra up north, and this area provides an isolation that makes you feel like you’re in another continent. Make sure to pack some picnic food and enjoy a day in nature. More often than not, there’ll be more oceanic wildlife than humans enjoying the beach with you.

St. Augustine lays claim to being the oldest city in America and is known for its Spanish colonial architecture and Atlantic Ocean beaches. Founded by the Spanish in 1565, this city takes its history seriously. Its cobbled streets and centuries-old buildings makes it one of the most beautiful places in Florida. If you can’t make it to Spain or Italy, this city in Florida may be the next best thing. Don’t miss the 144-block National Historic Landmark District or the Lightner Museum!