HomeFoodAll About Cape Malay Cuisine and Where to Try Them in Cape... 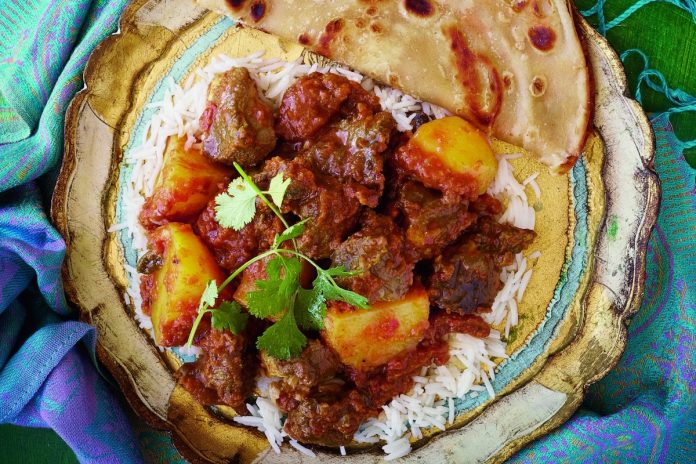 Cape Malay cuisine is an important part of the South African identity, as well as of the tourist experience. Unique to Western Cape Town, you might think that it is foreign and exotic, but Cape Malay cuisine is actually closer to our Southeast Asian taste buds than you think! It has a history that is often overlooked, but is preserved through ongoing tradition. Many of its foods are so embedded in South Africa’s identity, few people think about their origins.

During the colonization of the Cape in the 17th and 18th centuries, the Dutch brought with them slaves from the East, such as Malaysia, India and Indonesia. What followed was a life of cruelty and hardships at the hands of the settlers, and then the battle of the Apartheid regime. In their difficulties, the Cape Malay people build extremely close bonds with one another.

In general, the Cape Malay were Muslim, while the European settlers were Christian. This meant very different beliefs and customs, but also completely different styles of cooking. Cape Malay cuisine is known for aromatic, strong flavours with complex lists of ingredients. There are many Asian elements in there, but there are also African and European influences too. Coming from a different part of the world, some ingredients that were not readily available were substituted, and the modified version of their homegrown recipes is what makes a traditional Cape Malay dish today.

In most dishes, you’ll find spices such as turmeric, cumin, coriander, cloves, cardamom and cinnamon. Dried fruit, such as apricots and raisins, are also common additions. They create sweet and sour flavours that perfectly contrast the spices! Most recipes usually contain fish (given the city’s coastal location), and vegetables. If there are no vegetables in the dish, then they’ll be served as a side. Rice and rotis (bread) are the main staples.

Where to try Cape Malay cuisine

Although many Cape Malay dishes have made their way onto restaurants and menus throughout the city, the best place for Cape Malay food is still in the neighbourhood of Bo-Kaap in Cape Town. Bo-Kaap is the heart of the Cape Malay people, characterized by the brightly coloured houses. Here are some of the best restaurants for Cape Malay cuisine!

On the foot of a hill with the most spectacular backdrop of Table Mountain and the city, Bo-Kaap Kombuis is a family-run restaurant serving authentic flavours and hospitality of the Cape Malay people. It is one of the most popular spots for Cape Malay food. Their savoury platters with bite-sized treats are a crowd favourite! And you can also buy the chilli sauce that’s served with it, bringing a taste of Bo-Kaap home with you.

For authentic bredie (stew) and other traditional Cape Malay goodies, Biesmiellah has been serving the local community and, increasingly, tourists for four decades. It’s like walking into mom’s kitchen, and it’s where to go for a taste of Cape Malay home. The bobotie, tomato bredie and koeksister are popular picks!

For a more ‘dressed up’ version of Cape Malay cuisine, head to Jonkershuis Constantia inside the historic core of the Groot Constantia Wine Estate. The Cape Malay-influenced restaurant consists of a number of different dining locations. The outdoor patio area overlooking False Bay, the cozy inside section with a double-sided fireplace or in the courtyard under the vines. As far as food goes, the Cape Malay curry which comes with rice, poppadom, roti and sambals is a winner.

Faeeza grew up in Bo-Kaap, eating the delicious Cape Malay dishes her mother used to cook. Now, she runs her own business with a daily menu, where you are welcome to stop by and sample it in her Tea Garden, or take the dishes home with you. Faeeza also runs cooking classes where she shares her passion for Cape Malay culture and tried-and-tested techniques to Malay cooking!