HomeGreece9 Things to Do in Athens for First Time Visitors

9 Things to Do in Athens for First Time Visitors 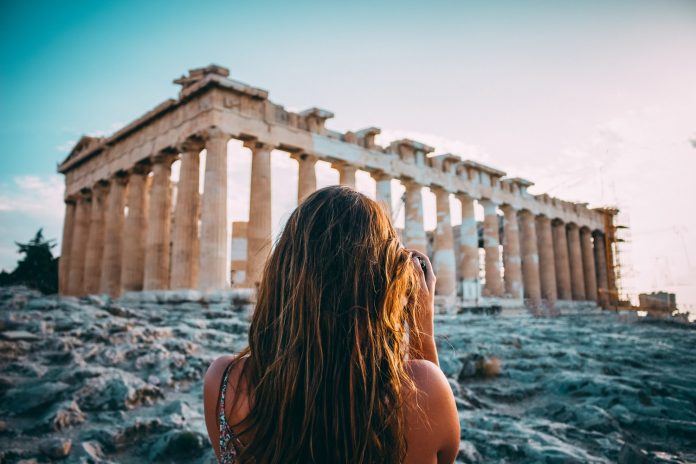 The capital of Greece, Athens is where the ancient and modern, trends and traditions come together. As the cradle of Western civilization, visiting Athens is like taking a step back in time into a living museum. But Athens is far more than an archaeological site. Beyond the Acropolis you’ll discover a colourful side to the city with galleries, cafés and outdoor cinemas. Let’s explore the best things to do in Athens.

The Acropolis is consistently number one when it comes to things to do in Athens. You’ll struggle to name a more iconic symbol of ancient Greece’s glory. This is where philosophers questioned the universe, where democracy and freedom of speech were born, and temples were built to honor the gods. Just as pilgrims from millenia past came to worship here, you can also climb the marble steps on the west side and find yourself dwarfed by the Parthenon’s towering columns. Other noteworthy sites are the Temple of Athena Nike, the Erechtheion, the Odeon of Herodes Atticus, and the Theater of Dionysus.

The Acropolis Museum houses the archeological artifacts from the Acropolis and its surrounding slopes, from the Greek Bronze Age to Roman and Byzantine Greece. The museum is built over ancient ruins and much of the ground floor has glass panels and open spaces, allowing you to see the foundations below. The collections of the museum are exhibited on three levels and you’ll take a chronological trip through the centuries, starting with the hill’s archaic discoveries in a large trapezoidal hall. After this you go up to the top-floor glass atrium, where the frieze from around the top of the Parthenon is installed at eye level and you can see all the details of this masterpiece in marble, and get a true sense of its grand scale. The visit then continues back down, through findings from Roman and early Christian Athens.

Ancient Agora is an archaeological site near the Acropolis. For 5,000 years, it was used as a marketplace, gathering place, and residential area. The two most important places to visit here are the Temple of Hephaestus and the Stoa of Attalos. The Temple of Hephaestus was constructed in the 5th century BC to honor the god Hephaestus, the patron god of metalworking, craftsmanship, and fire. It is one of the best-preserved temples in Athens and it remains standing largely intact. Stoa of Attalos is thought to have been an ancient commercial center with 21 shops on each floor lining the western wall. The two-storey building was reconstructed from 1952 to 1956 and it houses the Museum of the Ancient Agora.

It took seven centuries to build the largest temple in Greece – or rather, what used to be the largest temple. Temple of Olympian Zeus was one of the largest ever with 104 unusually tall columns, each 17.25 meters tall. Sadly, not long after its completion the temple was pillaged, its colossal columns picked apart and reused in other buildings. Even though only fifteen of the original columns still remain today, it is still easy to get a sense of its grandeur.

This museum displays Greece’s history and culture from ancient times right up through the mid-20th century. Unlike other sites which celebrate pure classicism, the Benaki collection paints the story of how Greece absorbed foreign influences and ideas to create its unique culture. The ground floor has sophisticated vases from Neolithic times, as well as Archaic ceramics, figurines and Classical sculpture. Next, the first floor takes you through the late Byzantine period and Ottoman rule through religious icons and folk costumes. The top floor houses paintings, documents and weapons from the Greek War of Independence from 1821 to 1829.

For a panoramic view of Athens and the Acropolis, head to Mount Lycabettus, the highest point of Athens. Here, you get to see just how big the city is, with the Acropolis proudly rising up in the center from the low, white buildings. You can either hike up via a circular path, or take the cliff railway all the way up the top of the hill. The downside is it moves inside a closed tunnel, so you don’t get a view of the outside. The best time to catch the view from Mount Lycabettus is at sunset, whilst waiting for the lights of the Acropolis, Temple of Olympian Zeus, Panathenaic Stadium and Ancient Agora to come on.

In Greece, coffee is a way of life and one of the best things to do in Athens is to get to know the local coffee culture! Athenians love going out, and they don’t wait until it’s the weekend to head out with friends and get coffee. Neighborhoods such as Pangrati and Exarhia are packed with locals spilling out from kafeneions (Greek cafes) and into the streets everyday. For them, drinking coffee is like brushing your teeth and washing your face in the morning. It is a necessity and a daily ritual! Make sure to try the local ibrik coffee.

Greece is home to some of the finest ingredients. Fresh vegetables, fish and seafood play a major role here, thanks to its location by the Mediterranean sea. Locals love to eat, and they love to feed, so you should definitely indulge every chance you get. There are many great restaurants in Athens and you’ll never run out of things to eat. From the gyros that everyone knows and love to hearty pies and grilled seafood, check out this list of local Greek dishes you should most definitely try!

It’s summer in Athens when the outdoor cinemas begin to open up. The legendary Cine Paris has been going since the 1920s, and you can enjoy Greek and foreign classics or the latest Hollywood releases. Its location in Plaka also offers a view of the Acropolis! Grab a beer, settle into a comfy lounge chair and enjoy.

On Saturdays, central Athens fills with shoppers looking for a bargain at the Monastiraki Flea Market, which takes place between Monastiraki and Thisseio. Here, traders open up their second-hand stores which have everything from vintage clothing, magazines, jewelry, vinyls, carpets, furniture and more. There are some very cool shops here that you most definitely won’t find back at your local mall, you just have to take time to find it. Try to get here early, because after 11am the crowd can really pick up!