HomeJapan7 Things to Do in Okinawa For First Time Visitors

7 Things to Do in Okinawa For First Time Visitors 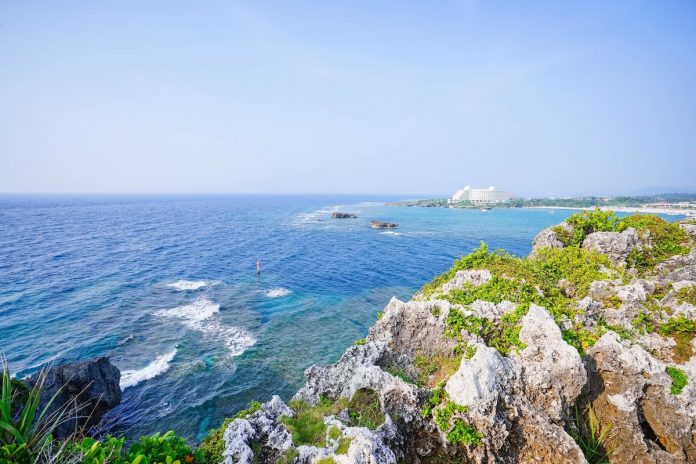 The southernmost prefecture of Japan, Okinawa shows an entirely different side of the country. Okinawan culture has developed to be very distinct from mainland Japan in terms of cuisine, arts and crafts. As a popular beach and summer destination, Okinawa is famous for its beautiful beaches, blue waters and subtropical climate. But apart from the beaches, there are plenty more things to do in Okinawa such as exploring its remote islands, trying local food and learning about its history.

Though it takes slightly more effort to make the trip to Okinawa than other parts of Japan, the trip is well worth it if you’re after something different. Without further ado, here are the best things to do in Okinawa as a first-time visitor!

You can’t visit Okinawa without getting your dose of sun and sea! With over 160 islands including 49 inhabited ones, there are a lot of beautiful beaches in Okinawa. Naha’s Naminoue Beach is a great place to start in Okinawa’s main island, and you can head over to Sunset Beach for golden hour. Furuzamami Beach is the most famous beach on the Kerama archipelago, and the warm waters means you can swim and snorkel here all year round. In Miyako Island, Sunayama Beach is a quiet hideaway famous for its arch-shaped rocks. The different beaches in Okinawa deserve a post of their own but one thing for sure is that they offer some of the best things to do in Okinawa!

Okinawa’s unique culture reflects strongly in its local food, where there are clear influences from Chinese, Southeast Asian and Western cuisine. These include goya (bitter melon) and nabera (luffa), which were most likely introduced from Southeast Asia. Other famous foods to try include taco rice, where white rice go with taco ingredients like ground beef, cheese, salsa and salad. Okinawa is also better known for its pork than for its seafood, and a must-try dish is rafute, where succulent pork belly is braised in soy sauce, sugar and with Awamori wine.

If admiring the turquoise water from land isn’t enough for you, Okinawa abounds in diving opportunities. Blue Cave, Sunabe and the Kerama Islands are perfect even for beginners. Other remote islands such as Miyako Island and Ishigaki Island are also well-known diving spots. Okinawa is also famous for the shark life beneath the surface, like whale sharks and hammerhead sharks.

Don’t plan on diving but still want to see some ocean life? Churaumi Aquarium within the Ocean Expo Park is the largest aquarium in Japan and widely regarded as the best in the country. The main highlight is Kuroshio Sea, a giant tank that measures over 7,000 cubic meters! Spot manta rays, whale sharks, and hundreds of other sea creatures swimming freely. Especially on a rainy day, Churaumi Aquarium is one of the best things to do in Okinawa.

The Battle of Okinawa is one of the most cruel battles of World War II that took place on the main island. Along with massive destruction, it also caused a few hundred thousand deaths. Okinawa Peace Memorial Park in Itoman City commemorates the history, including the Cornerstone of Peace which is engraved with the names of the men and women who died in the battle. There are also other monuments within the area such as the Peace Memorial Museum and Himeyuri Monument.

While we’re on the topic of Okinawa’s history, there are also historic remnants of its time as the Ryukyu Kingdom. These castle ruins now serve as a reminder of bygone kings. While Shuri Castle is arguably the most popular, it’s been heavily destroyed several times, most recently in a fire in 2019. Unfortunately, the building that stands now is not the original and reconstruction works are still ongoing. Other castles worth a visit are Katsuren Castle, which offers panoramic views from its hilltop location. Visitors can climb the walls at Zakimi Castle for stunning sunset views, and Nakagusuku Castle is particularly well preserved.

Aside from the main island, there are also many smaller islands in Okinawa which are well worth the short plane or ferry ride. They’re also less frequented by tourists, which means you can have an entire stretch of beach to yourself! Miyako Island houses Japan’s best beach and Iriomote Island is known for its untouched nature. The island itself is a national park with 90% forest and mangroves! For whale watching in the winter, Zamami Island is a popular spot. While for an experience of traditional Okinawa, Taketomi Island is known for its well-preserved Ryukyu village and Okinawan houses.