HomeAfrica10 Safest Countries in Africa to Travel to

10 Safest Countries in Africa to Travel to 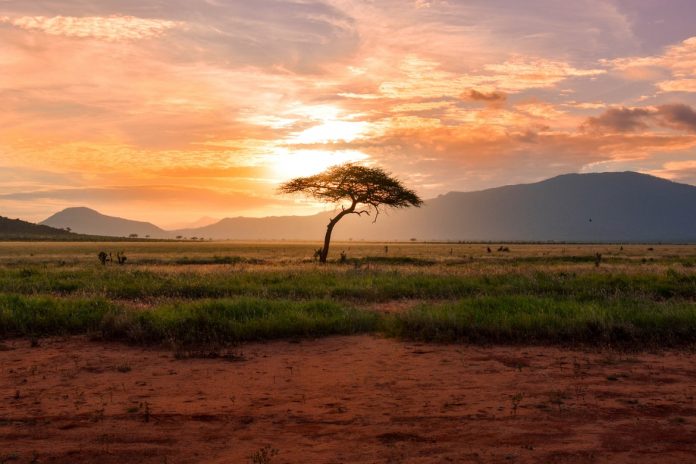 All forms of travelling involve some risks. But travelling to Africa in particular may be daunting to some people, largely due to how the continent has been portrayed in the media. In reality, no other place in the world comes close to the beauty of African landscapes, wildlife and nature, as well as its huge melting pot of culture. Africa is not just one single country. It is a collection of many – 54 to be exact. Each of them has its own character, and when it comes to safety, some rank higher than others. Let’s take a look at some of the safest countries in Africa, taking into consideration political stability, crime rates and police responsiveness, so you can plan your trip with a peace of mind!

Apart from a stable political climate, travelling in Botswana is incredibly easy. Almost everyone speaks English here, which means communication isn’t a problem. There is little corruption and the tourism industry is well established. Most tourists come for Okavango Delta and Chobe National Park, and the safaris are incredibly well-managed with very experienced guides and staff onboard. It is rare for tourists to experience crime in Botswana, making it one of the safest countries in Africa.

Even though Rwanda has a bad reputation for the historical genocide, the government’s response was to pull the country together instead of further dividing it. Rwanda has overcome their history in an incredible way, evident in how Rwandans see all people as one, be it citizens or visitors. Today the country is one of the safest in Africa. It has low levels of corruption, and it is even said to be on its way to becoming the Singapore of Africa!

As the safest country in Africa, Mauritius is very family-friendly and secure. Having a shared history (most people are descendants of slaves and indentured laborers) has helped Mauritians bond as a country. Port Louis, Mauritius’ capital, is one of Africa’s wealthiest cities, and less poverty traditionally means less crime. What little crime occurs in Mauritius tends to be petty theft and non-violent. Security should be low on your list of concerns. Instead, worry about which beautiful beaches you’re gonna visit!

Seychelles has always been considered one of the safest countries in Africa and a very safe destination for travellers. The political system is stable and tourism is an established industry. Most people also tend to stay in beach resorts, which vastly decreases the chances of encountering any crime. You should be more wary of the currents when swimming in the sea!

Safety is not generally a concern among travellers to Zambia, as they usually visit the game reserves and safari areas in the wilderness. Cities such as Lusaka and Livingstone are where most people experience higher levels of theft. The political situation is relatively stable in Zambia as well and there has been little conflict.

Namibia is politically stable and free of conflict and politically stable. It benefits from a sparse population and crime rate is low. Few tourists experience any issues, and most people also head to areas outside of the cities. Namibia is home to the oldest desert in the world and famous for its magnificent sand dunes. Travellers should be wary of the potential of insect bites instead and avoid turning rocks where scorpions or snakes could be hiding!

Ghana sits at number 44 on the Global Peace Index and (much to the surprise of many people) is considered safer than Argentina, UK, South Korea, France, Greece, and other popular travel destinations. Not only is it safe, it makes for a great destination all year round thanks to its consistent climate. Local Ghanaians are also incredibly welcoming. Some people even recommend Ghana as the first destination for Africa first-timers, as it offers an experience of how great African cities and societies function.

As with many other countries on this list, most travellers to Uganda come for the wildlife, and on wildlife experiences and tours crime is generally very low. In the cities such as Kampala there has been an increase in police presence, which has proved to be very effective in deterring crime.

As one of the least developed countries in the world, a lack of infrastructure and clear travel route can make navigating Ethiopia challenging. However, serious crime is rare here. Even though political tension can sometimes be an issue, it does not usually impact the everyday traveler in the areas of tourism. But just in case you do come across a protest, turn around and walk the other way. As with many parts of the world, exercise common sense and avoid flashy displays of wealth.

Morocco has a pretty good safety record ​​and it benefits from a stable political system. Tourism is also a major industry for the country, so it is in their interests to keep tourists safe. However, petty crime such as pick-pocketing and scams in major cities such as Marrakesh are not unheard of, so vigilance is required.

5 Ethical African Safaris to Visit With a Peace of Mind

10 Top Places You Should Visit Before They Disappear